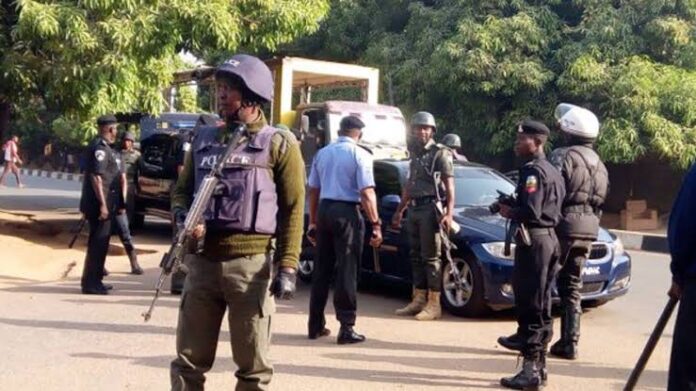 Three teenagers suspected to be members of an all-female robbery gang in Osogbo, Osun state capital have been arrested by the police and hunters.

The suspects were said to have robbed a resident of an undisclosed sum of money after they burgled her apartment in the early hours of Monday October 10. They reportedly entered into the house of their victim said to be an aged woman, through the window, and stole the money she realised from a party she hosted the previous day.

An eye witness, Bello Adeosun told Vanguard that one of the girls confessed that she acted as a guard for the other two who went inside through the window. They are said to be between the ages of 14-16.

‘The girls confessed to having entered the house through the window. One of them was at the party and kept surveillance of over their victims throughout the day.

She later informed the two others and they invaded the house later in the night.

“They had taken the money but while moving out of the house, they stepped on the victim and she alerted neighbours by continuously shouting thieves.

“The hunters in the community rushed to the scene and arrested one of them around 4 am. She later led the team with police to arrest the two other suspects at Olugun and Sasa areas respectively. They were all teenagers around 14 and 16 years old”.

Osun Police Public Relations Officer, Yemisi Opalola also confirmed the arrest, adding “they have been handed over to the anti-cultism unit for further investigation.”

Just In: Tension In Bauchi As Police Officer Stabs Two Civilians To Death