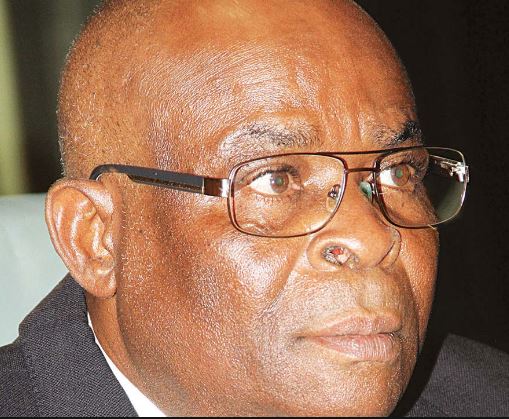 The Chief Justice of Nigeria, Justice Walter Onnoghen has decried the excesses of the Nigeria Police Force which have been making headlines in recent times.

The Chief Justice of Nigeria, Justice Walter Onnoghen, has directed that Chief Magistrates should periodically inspect police stations and other detention centres in their domains, to curb growing level of citizen maltreatment by police and other security agencies.

This followed what he described as the “frightening proportions” of “horrific incidents of police brutality, inordinate arrest, detention and extortion of innocent Nigerians by officers across the country” in recent time.

The Special Assistant to the CJN on Media, Mr. Awassam Bassey, disclosed this in a statement on Thursday. Justice Onnoghen’s directive is said to be in a ‘Practice Direction on the Role of Magistrates in Curbing Police Brutality’ issued on Wednesday, June 20, 2018, in line with the provisions of the Administration of Criminal Justice Act.

The directive is to be conveyed to the Chief Magistrates through their respective Chief Judges in the 36 states and the Federal Capital Territory, Abuja.

An excerpt of the practice direction quoted in Bassey’s statement on Thursday, read, “The Chief Judge of every state of the nation, including the Federal Capital Territory, shall direct Chief Magistrates, and, where there is no Chief Magistrate within the Police Division, designate any Magistrate for that purpose, to, at least, every month, conduct an inspection of Police Stations or other places of detention within his territorial jurisdiction other than prison.

“The Chief Judge of every state of the nation, including the Federal Capital Territory, shall put in place appropriate mechanisms to ensure compliance with the above provisions of the Administration of Criminal Justice Act.”

The practice direction also quoted the CJN as saying that he had received “several complaints of the horrific incidents of police brutality, inordinate arrest, detention and extortion of innocent Nigerians by officers across the country”.

Human rights lawyer, Mr. Femi Falana (SAN), in December 2017, wrote to the Chief Judge of Lagos State, Justice Opeyemi Oke, asking her to designate Chief Magistrates to conduct a monthly inspection of all police stations and other detention centres in Lagos State.

He reminded the Chief Judge that his request was based on the provisions of section 34 of the Administration of Criminal Justice Act Act, 2015.

Many other groups had followed suit after Falana’s request by sending similar requests to the CJN.

Confirming the fears of these interest groups, the CJN said in the new practice direction, “These incidents have assumed frightening proportions in recent times.

“The magistrates’ courts are currently overwhelmed with cases of such brutality, inordinate arrests and detention of citizens.

“As we approach the election year, it is imperative that we curb these excesses through the instrumentality of the statutory powers of the courts.

“The Administration of Criminal Justice Act has given magistrates oversight functions over police stations in their jurisdictions.”