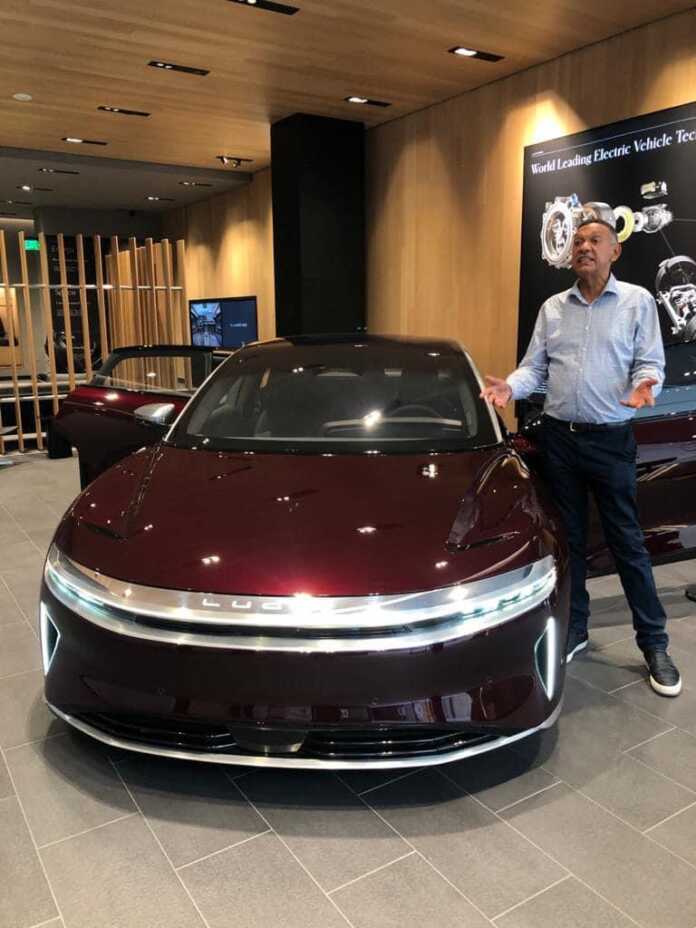 Senator for Bayelsa East in the 8th Senate, Ben Murray-Bruce says he has ordered a Lucid electric car to be delivered in early 2022.

Murray-Bruce, a known critic of fossil-fuel cars, made the disclosure in a tweet on Saturday.

He also shared photos of himself standing beside a prototype of the car.

Founded in 2007, Lucid Motors is an American automotive company specialising in electric cars.

The car the senator ordered is a Lucid Air that was initially scheduled to be released in the spring of 2021.

However, the CEO of Lucid Motors, Peter Rawlinson, disclosed that the release has been rolled back to the second half of the year due largely to the impact of the COVID-19 pandemic.

Upon release, the car is expected to retail starting from $69,000.

Murray-Bruce is a lover of electric cars, and also owns an electric car built by Kia Motors.

In 2019, he announced on Twitter that he had issued a company-wide directive that all new vehicles to be purchased on behalf of his Silverbird Group going forward must be electric.

According to him, the group would be the first company to go all green in Nigeria.

On April 10, 2019, two months before the end of the 8th Senate, Murray-Bruce introduced the Electric Car Bill.

However, the bill was rejected at First Reading by the Upper Chamber.

[PHOTO] “This is how we are living in America. I miss Nigeria. I can’t wait to return” – Masked Ben Bruce Cries Out …Nigerians...