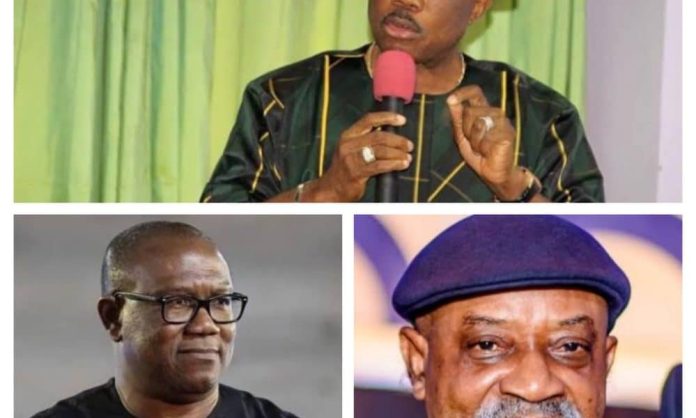 NaijaliveTv reports that Peter Obi was Anambra governor between 2007 and 2014, Obiano was governor from 2014 until last month, handing over to Charles Chukwuma Soludo.

Speaking on Channels Television’s Politics Today on Thursday, the 2023 presidential aspirant said that all the roads constructed by his successors in Anambra have been washed away.

According to the Labour Minister, the roads washed because they were poorly done by inefficient contractors.

He stated that only the roads constructed by him remain intact in the state.

Ngige said, “The most important thing was that I was a governor and I touched the lives of the people. It is not how long but how effective, what did the people benefit from me? When you get to that stage, you will know. All the notable roads there (in Anambra), are the roads constructed by Ngige between 2003 and 2006.”

On the ones constructed by Obi, he said, “They are all washed off; those ones are gone. They didn’t last more than five years, they are gone.”

Asked also about the roads constructed by Obiano, Ngige said, “Those ones are also gone.”

Ngige said it was only the roads he constructed that are still standing because he used reputable contractors and inspected the jobs himself with the commissioner for works.