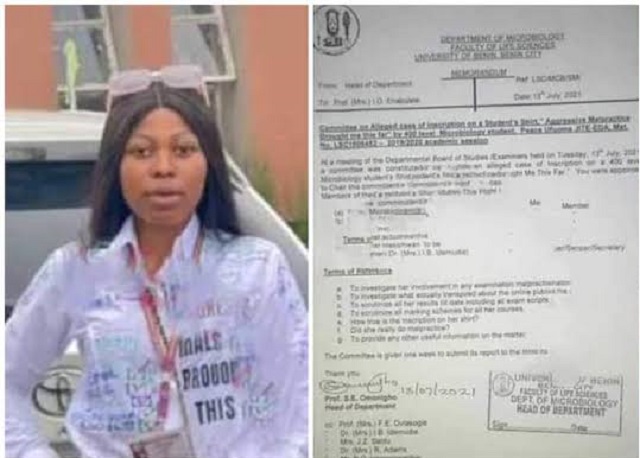 The management of the University of Benin (UNIBEN) in Edo State has described as false social media reports that its graduate, Peace Ufuoma, who is currently under probe for alleged examination malpractice had been ordered to rewrite her papers from 200-level.

It said the committee set up to investigate the graduate is still working and had not turned in any report.

Social media was awash on Wednesday with reports that the committee constituted by the management of UNIBEN to investigate the graduate had released its findings and recommended her to rewrite her previous papers.

According to Dr. Ehanire, “The report is fake. The committee is still working and they have not released any report. The University is following due process in probing the graduate.

“There are processes for arriving at findings. When the panel submit their report, it shall be made public. Kindly disregard the report on social media. It’s not true that the panel has released their findings.”