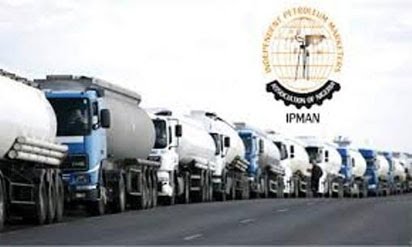 The Peoples Democratic Party (PDP) accuses President Muhammadu Buhari of corruption over the fuel subsidy regime of his government.

PDP challenges President Buhari to submit himself for an independent inquest into his handling of the N1.4 trillion oil subsidy regime as well as the alleged complicity of his Presidency in other exposed financial impropriety by cronies of his government, particularly in revenue collecting agencies.

Such inquest, which is already backed by state governors across board, will not only expose humongous corruption but also show the world that our African Union (AU) Anti-Corruption champion had not been totally spotless.

We invite Nigerians to note that the demand by governors to probe all subsidy deals since 2015 is a direct indictment on President Buhari as the Minister of Petroleum, particularly, following allegations that the stolen funds are being warehoused to fund his 2019 re-election bid and the opulent lifestyle in the Presidential Villa.

The party notes that if President Buhari allowed the inquest, it will reveal how our president, who had queried the genuineness of the oil subsidy payments by PDP administration and described the process as a fraud, had secretly engaged in underhand oil subsidy deals.

Nigerians will also understand how the cost of fuel geometrically rose from the PDP subsidized cost of N87 to N145, representing a criminal N58 tax, per liter of fuel.

Nigerians recall that it took over two years of secret oil subsidy deals under President Buhari, before it was exposed last December.

Since then, the Presidency and the NNPC have been seeking ways to cover the fraud which include claims that local consumption suddenly jumped from 28 million liters per day to 60 liters per day.

PDP considers this as a fabrication to retire the billions being stolen as subsidy, even when statistics by the National Bureau of Statistics and the reality of the retarded purchasing power of citizens, under the prevailing economic recession, do not validate such claims.

Nigerian therefore deserve to know who authorised the payments and the identity of the beneficiary companies, if any.

The PDP is happy that state governors across board and the National Assembly are on the same page with our party in condemning the humongous fraud going on under President Buhari’s fuel subsidy.