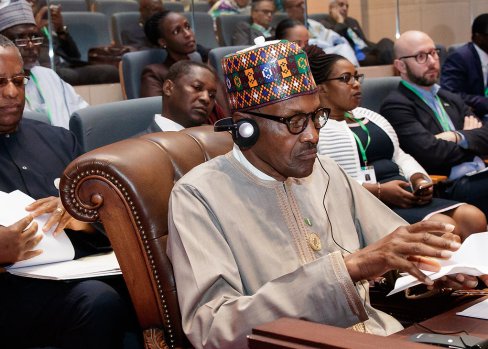 The Peoples Democratic Party (PDP) strongly condemns as illegal, unconstitutional, reprehensible and a dangerous step towards a descent to fascism, the asset seizure Executive Order imposed by President Muhammadu Buhari, in total disregard to the provisions of 1999 constitution.

The party alerts that the Nigerian constitution does not, under any section, confer such fascist powers on the President under our democracy and there can be no legitimate latitude of interpretation placed on sections 5 and 15 (5) of the 1999 Constitution cited as justifications for this draconian executive order, that can excuse it.

Therefore, President Buhari’s unilateral Executive Order is a travesty of justice and rule of law, as it vehemently seeks to hijack and usurp the powers of both the legislature and the courts and vest it on himself so that he can use same at will, as a political instrument, to haunt, traumatize, harass and victimize perceived political opponents.

In order words, Mr. President wants to change our democratic governance to a military regime, in line with his lamentation, two days ago, that the fight against corruption will be better under a military regime than under a democracy.

It is instructive to emphasize that the PDP is not in anyway opposed to the fight against corruption. Rather, the party holds that the imposition of this Executive Order, which is radically at variance with the provisions of the constitution, is totally unacceptable.

PDP takes this Executive Order 6 of 2018 as a reenactment of the obnoxious Decree 2 of 1984, which incidentally was also an enactment under then military Head of State, General Muhammadu Buhari, and this must not be permitted in our current democratic dispensation.

If allowed, this Order will confer limitless powers on Mr. President, whose administration’s penchant for violation of rules and order already suggests a readiness for autocracy and a drive towards fascism.

In a democracy, the role of the executive arm of government is to enforce court orders/judgments handed down based on the interpretation of existing laws. Any suggestion to the contrary, as clearly intended by this Executive Order, is totally an aberration and inconsistent with the constitution of the Federal Republic of Nigeria.

We invite Nigerians and the international community to note the deliberate attempts by the Buhari administration to side-step the provisions of the 1999 Constitution (as amended), usurp the powers of the legislature, the judiciary and impose an autocratic regime on our nation.

The PDP therefore charges the judiciary and the legislature to save our dear nation and her people from an imminent fascism by rejecting this obnoxious Executive Order.

Nigeria is a democratic state run by the dictates of the law and the constitution and not by the rule of the thumb of any elected officer.

Already, our lawyers are considering a legal action against the Federal Government on the illegality of Mr. President’s action in the interest of Nigeria and Nigerians.