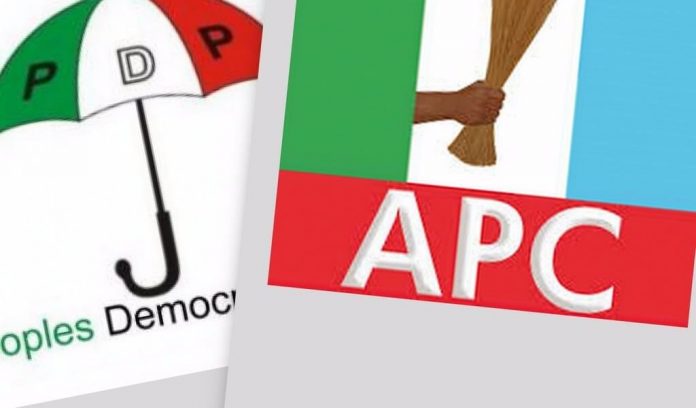 The exodus from the Peoples Democratic Party (PDP) in Akwa Ibom State continued on Friday with the defection of over 650 members from Ika, Oruk Anam, Etim Ekpo, Abak and Ukanafun local government areas to the All Progressives Congress (APC).

The defectors left PDP at the reception for Obong Nsima Ekere, the Managing Director of the Niger Delta Development Commission (NDDC) held by the people of the five local government areas under the auspices of Abak Five Redemption Movement.

Among the defectors were Hon Nkereuwem Dan, a former House of Representatives member and Lady Veronica Usoro, a strong woman politician who both defected to PDP two months ago.

Speaking on behalf of the defectors, Hon Inyang and Hon Akpan said that they joined the APC because they believed that Obong Nsima Ekere will bring the real change Akwa Ibom needs.

Receiving the defectors, Mr Ini Okopido the state Chairman of APC assured them of equal rights with those who joined before them.

He said that it is obvious that there is vacancy in Government House, Uyo on May 29, 2019 and that it will be filled by the APC.

Dr. Amadu Attai, the immediate past State Chairman said they were out to elect Obong Nsima Ekere as the next Governor of Akwa Ibom State.

He used the occasion to decorate the new chairman with the APC sash as a sign of his hand over, stating that his successor has the experience and capacity to lead the party.

In his remarks, Obong Ekere welcomed the new members and assured them of a level playing field in the APC.

He commended Dr Attai, the former chairman for building the party from nothing and prayed God to reward him.

He congratulated the new chairman and his team and wished them a successful tenure.

Obong Umana Umana, the Managing Director of Oil and Gas Free Zones Authority commended the people of Abak Five for producing quality men as the former and new state chairmen of the APC and predicted that Mr Okopido will lead the APC to victory in the 2019 elections.

The defectors were presented with broom, the APC symbol after they had discarded their PDP membership cards.

Some Dakkada Ambassadors also used the occasion to renounce their membership of the group by removing and throwing away the Dakkada uniforms.