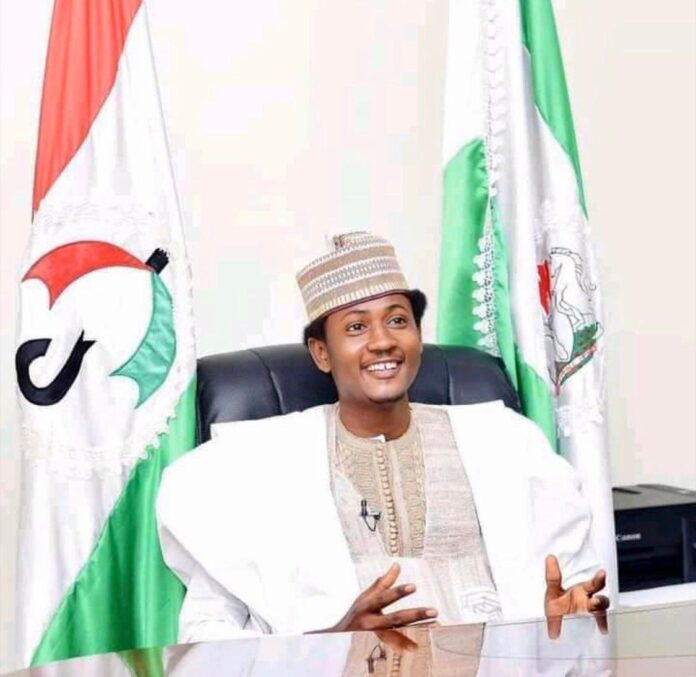 A loyalist of Peoples Democratic Party (PDP) in Bayelsa State, Mr. Ogidi Ben Bara, on Sunday applauded the election of a 25-year-old as National Youth Leader of the party at the just concluded elective convention held in Abuja.

Ogidi in a reaction to the emergence of Mr. Kadade Suleiman, the newly elected National Youth Leader of PDP, noted that the party has rediscovered itself and would come back to reckoning as its election reflected the wishes of the electorate.

Mr. Ogidi Ben Bara who is one-time aspirant of PDP National Youth Leader described the emergence of Suleman, “a youth in the true sense of the word”, as a case of putting a round peg in a round hole.

He also commended the leadership and delegates of the party for making the right choice by electing a young man of 25 with vision and leadership to lead millions of Nigeria youths to victory come 2023.

“There is no doubt that, most of the PDP’s supporters are young people, so it is a great achievement to have such a young man to hold this National Youth leadership seat.

“In the past we have witnessed how people over the age of sixty held this office, therefore it’s not too late for the youths to unite as one formidable body in order to take what belongs to them.

“Now that our leaders and the party and realised that, it is our duty now to team up with our youth leader to walk to victory as we proceed to 2023 General elections.

“Kadade is a person I know, he is from Kaduna state, we have known each other for years, I know him as a notable fighter for freedom and advocate of the emancipation for Nigerian youths and students in governance.

“I describe Kadade as a round peg in a round hole; the election victory is well deserved. His emergence is not by accident but a testimony of consistency and hard work,” Bara said.

He noted that the emergence of a purposeful youth is in the best interests of millions of Nigerian youths and the mass of Nigerian students.

We are taking back Nigeria from APC – PDP chairman, Ayu

FULL LIST: All the 21 members elected into PDP NWC