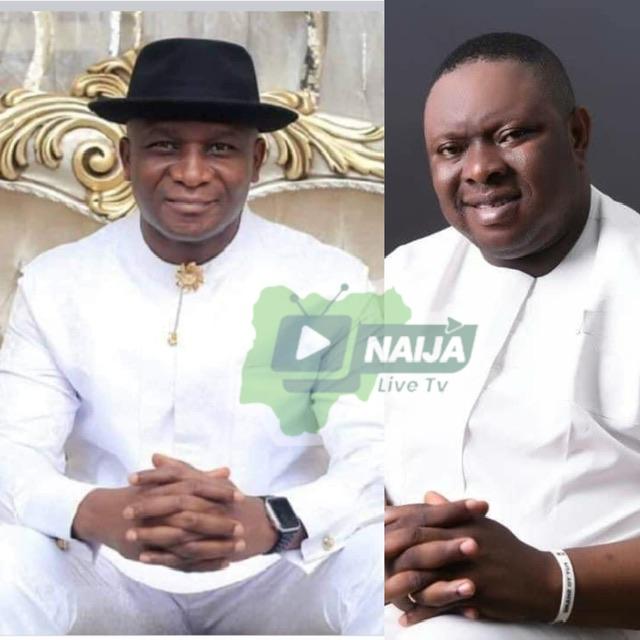 The founder of the Pastor Reuben Initiative for Good Leadership and Accountability (PRIFGLA) who is also an APC chieftain in Bayelsa State, Pastor Reuben Wilson has congratulated Hon. (Dr.) Samuel Ogbuku and Senator Denyabofa Dimaro on their successful comfirmation and inauguration as the Managing Director and the Bayelsa State Representative of the Niger Delta Development Commission, NDDC.

A statement signed by the founder of PRIFGLA and made available to NAIJA LIVE TV in Yenagoa, Bayelsa State described the appointment and subsequent confirmation and inauguration of the dou as well deserved and worthy of commendation by well meaning Bayelsans.

According to Pastor Reuben, he has no doubt on the capacity of the newly inaugurated MD to deliver on the mandate, given that he is a thorough bred and experienced politician, a visionary leader, an astute administrator and a seasoned technocrat.

He noted that the feat ushers in a new dawn in infrastructural and human capacity development not only in Bayelsa State but the entire Niger Delta region.

The APC chieftain while appreciating the Commander-in-Chief, President Mohammadu Buhari and the Minister of State, Petroleum Resources, Chief Timipre Sylva as well the Bayelsa State Senate Caucus in the National Assembly for facilitating the inauguration, pointed out that the people of Bayelsa State would eternally remain grateful.

He said: ” The appointment, confirmation as well as inauguration of Chief Samuel Ogbuku and Senator Denyabofa Dimaro as Managing Director and Bayelsa State Representative of the board of the Niger Delta Development Commission, NDDC gladdens my heart. I would like to say their appointment and swearing in is a round peg in a round hole.

” The dou are experienced politicians and astute administrators and I have confidence in their ability to deliver optimally on the mandate to infrastructurally transform Bayelsa, the Niger Delta region and enhance the deplorable state of human capacity development.

Pastor Reuben therefore appealed to all Bayelsans and the Niger Delta region not withstanding their political beliefs to accord Samuel Ogbuku and the new board the necessary support in its determined efforts to drive the development of Niger Delta region.