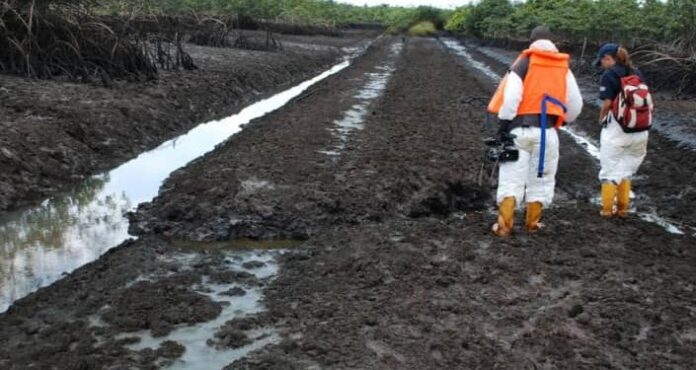 Communities affected by oil spill in The Niger Delta, Ogoniland people are unable to drink water from rivers or fish.

This was revealed at the House of Representatives committee hearing.

Idris Musa, the Director-General, National Oil Spill Detection and Response Agency (NOSDRA), who appeared before the committee on Safety Standards and Regulations, was unable to give a timeline for communities to start enjoying the land once more.

The DG said it will take “5 years to do the remediation and another 25 years for nature to handle the rest,”

While responding, the DG said scientifically, the project is going on smooth, although, he admitted that the pace has been slow.

Mr Kalu, who was not satisfied with the response, said the most important thing is the people, not science.

“Villagers don’t want to hear about that your scientific analysis, they want to go back to their farms, they want to fish whether raining season or dry season. For an exercise that is going on for a number of years, we cannot confidently say, that by now our people can go back to the farm.”

He added that “If my people cannot go to the farm they cannot fish and drink their water and they are still falling sick, then there is something wrong, so the regulator, are you regulating well?”