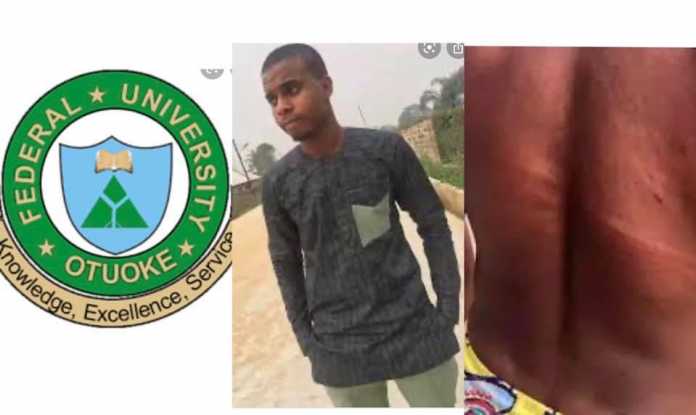 In a letter dated 22nd June 2020, addressed to Mr. Samuel Favour in care of his legal representatives at E. A. Aluzu & Associates, HRH King Paul, Ariwareni Engoye, the Obanema of Otuoke, through his counsel, Orudiakumo Kimsebi, Esq., describe the content of the petition written by Mr. Favour through his counsel, Ebi Robert as outright lies or half truths with regards to events which happened on the 13th day of June 2020 insisting that the event was a personal issue over an insignificant individual whom the community has played host to over the years, threatening that the battle line has been drawn.

It is alleged that Mr. Samuel was beaten by some indigene of Otuoke community over a fictional post he made on his Facebook page.

The post is said to have angered members of the community who dragged the student of Federal University Otuoke out and flogged him.

Counsel to Mr. Samuel, Ebi Robert, Esq., expressed surprise over the choice of words of the paramount ruler insisting that the petition to the Commissioner of Police, Bayelsa State is not against the Otuoke community but against specific individuals mentioned who are alleged to have abused his client’s rights.

Robert says it is an act of desperation and an attempt by those who made an attempted on the life of his client to intimidate his client who is a citizen of Nigeria, therefore entitled as a matter of right just as every other person to reside anywhere in Nigeria without fear or intimidation.