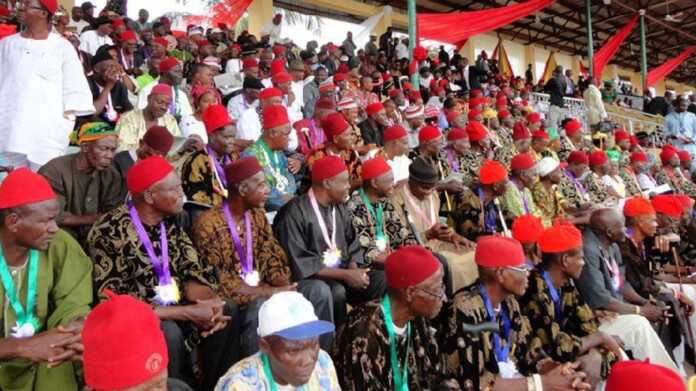 Representatives of Ebonyi Central Senatorial District, Obinna Ogba, have insisted on the position of Ndigbo that despite rising violence in the South East region, having an Igbo president for Nigeria in 2023 was not negotiable.

He maintained that no amount of insecurity in the southeast would stop the Igbo from taking its turn at the nation’s presidency, adding: “It is the turn of the southeast to produce the next president, nobody is contesting that. No ethnic nationality should hide under the guise of insecurity to deny the region its right.”

He spoke, yesterday, after a motion he sponsored on incessant killings in Ebonyi State following a similar indication by President-General of the Ohanaeze Ndigbo Worldwide, Prof. George A. Obiozor who earlier blamed enemies of the South East for being behind the new wave of violence.

He said they were working hard to turn Igbo land into a terrorist enclave because the idea of a president of Igbo extraction in Nigeria was fast gaining acceptability.

Speaking at a media briefing in Abuja, he said the South East has been one of the most peaceful among the six geopolitical zones, adding: “Now all of a sudden because the idea of presidency coming to Igbo land has come from probability to possibility, people want to turn Igbo land into a terrorists’ ground.

“The Igbo are builders, not nation breakers. We are not violent people. So, we must find out the cause of the violent spree, kidnappings, and all other acts of criminality in the region.”

He said Nigerians should not use violence and crisis to measure the character of the Igbo, as those negative traits were not in their character, saying: “Of all things you can accuse the Igbo of, getting money through kidnapping and uncle for ransom is not one of them.”

While presenting his motion, Obinna earlier said on April 14, 2021, that three policemen were killed at a checkpoint on Onuebonyi-Nwezenyi road, Abakaliki, and their rifles seized.

He also recalled that in January this year, some hoodlums attacked a police station in Onueke, Ezza South Council, killing three policemen and carting away their rifles

Obinna further indicated that in October 2020, hoodlums attacked a police station in Abakaliki, shot a police inspector, and stole his rifle.

He, therefore, stressed that there was an urgent need for the Federal Government to intervene and arrest the senseless killings, destruction of property, and other vices to save Nigerians from hardships associated with banditry.