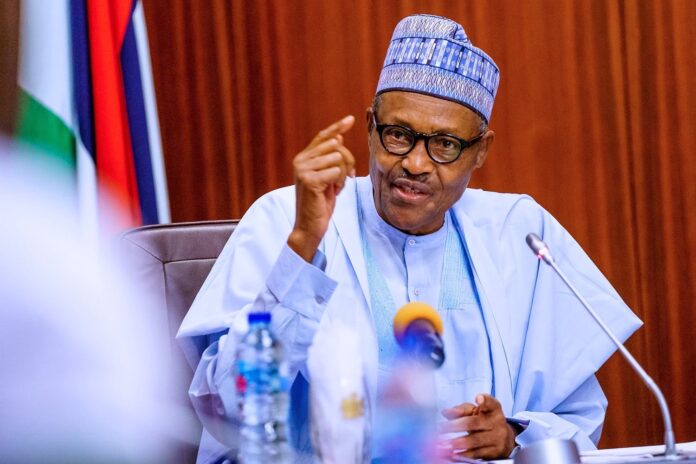 President Muhammadu Buhari has described the Indigenous People of Biafra, IPOB, as thieves.

The president argued that IPOB is not defending Christians in the Southeast.

In a statement by his mouthpiece, Garba Shehu, the president lamented the group’s attack on police stations and government facilities in the Southeast, NAN reports.

Buhari maintained that the Kanu-led group are not freedom fighters.

The statement reads partly: “Further afield in the South-East, IPOB are not struggling for freedom when they attack police stations and property, but rather committing acts of terrorism,” to steal money.

“IPOB is not defending Christians, as their highly paid foreign lobbyists claim when almost every citizen of those states they terrorize is uniformly Christian.”

The president also appealed to Nigerians to unite against, “those who seek to divide us for their own nefarious financial and political gain.”