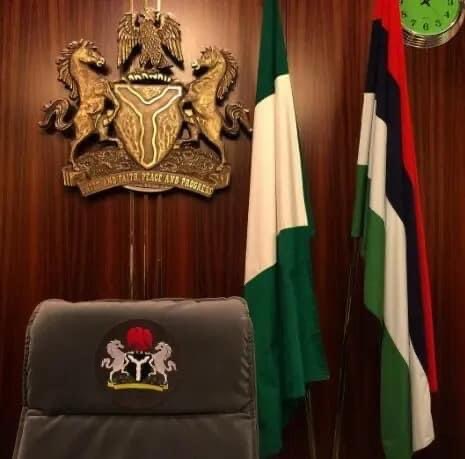 What does it really take to become president in Nigeria? One answer, which holds the imagination of many, is happenstance. In a 2014 paper on leadership in Nigeria, Bishop Matthew Hassan Kukah, no less an authority in politics as in religion, if often controversially so at both, makes the point that all of Nigeria’s former heads of state and presidents get to the office through what he calls “accidental processes”, rather than by their preparation for the job.

This, the Bishop argues, is the chief reason our country remains such a sad case of unrealised promise, because, in his words, “the average newcomer to the presidency of Nigeria comes totally unprepared, with no knowledge of the environment itself, no experience in public life, no knowledge of the bureaucracy or those who run the system, no knowledge of politics and power derived from some years of loyal pupillage”. The statement is an exaggeration, but the point is well taken: we cannot expect miracles if our leaders come to office without being fully prepared for the job.

Terrorism financing: Dozens arrested in nationwide crackdown
Troops, Boko Haram in gun duel over Dikwa
Whatever the merits or demerits of this argument, and there are quite a few of both, we are in the process of recruiting yet another president, and it is important that she or he must be someone who comes fully prepared for the job. They must have workable answers not only to the big questions of if or how we remain one, but also to the small ones of everyday life for millions. If 2015 was thought to be a crucial election for Nigeria, and it was, 2023 is, for the same reasons, perhaps even more so. There are very few areas of our national life where we can say things are better now than in 2015, but many where we can say that they are not.

One, our presidential hopefuls tend to go about the business of campaigning for office mostly in secret: cutting deals with both real and imagined godfathers or scheming against potential opponents and hoping that the pendulum of accident will swing them to office. But all the while, the candidate may not even as much as officially declare their interest in the job, let alone demonstrate to Nigerians how capable they are for the office they seek or what they would do once in it. This particular method of running for president is already underway. What with some presidential hopefuls celebrating their birthday in Kano, making donations to victims of a fire in Katsina and holding a national colloquium about the nation, all in about the same week, and all without stating clearly what everyone paradoxically knows but still don’t.

This process needs to change in both form and content. Nigeria needs a presidential campaign process that will throw up most aspirants officially at least two years to election day, after all, a democracy is said to be in a state of permanent campaign. Such an election system requires both structural changes within the political parties, and most importantly a change in the electoral act itself. The current Electoral Act sets the official period of election campaigns to commence publicly only “90 days before polling day and end 24 hours prior to that day”. The law even stipulates various punishments for any politician, parties or supporters who breach its provisions.

Perhaps this is one reason why the crucial activities of our election campaigns are conducted mostly in the dark. But this legal provision is one of the most staggering assaults on our presidential democracy, and I have always wondered why opposition parties have not called for its outright removal, since it gives incumbents all the advantages imaginable, since everything they do in office is a campaign for the next election, for themselves or their parties.

More significantly, it partly explains why our political leaders, from presidents to local council chairmen, emerge through accidental processes. It ensures that actual flagbearers can only emerge literally on the eve of the election itself. This makes it easier for an unprepared candidate to ride the tides of chance to office because there is simply not enough time for their lack of preparation to become clearly apparent. Worse than that, it stifles the chances a prepared candidate might have to sell their vision and candidacy to the electorate in so large and diverse a country as Nigeria.

So we end up with election campaigns filled with empty promises of building bridges even where there are no rivers, but with little or no serious engagement with the candidates about the ways and means of achieving the policies they promise. Changing this rule will compel political parties to put in place mechanisms for party primaries that are as engaging with the electorate as the main election, but over a longer period of time, and throughout the country.

Moreover, what Bishop Kukah calls “accidental processes” are hardly accidental at all. In fact, few political processes are more deliberate, even deliberative, than how Nigerian presidents rise to office. There is preparation, perhaps just the wrong preparation. It is not that “the average newcomer to the presidency of Nigeria” arrives at their desk merely by some lottery. It is that our newcomer president is often a compromise choice between competing ethnic, regional and sectarian interests rather than a product of competing visions of the society. The result of such leadership selection processes is that our presidential campaigns end up being about everything else but what the job actually entails.

And so long as these processes of recruiting leaders remain, unprepared persons will find themselves in office, to the detriment of us all. This is particularly so if as citizens we sit back in the period leading to elections and expect the process to auto-pilot itself to the things we want in our leaders. But let me illustrate. In 2003, the Nigeria Labour Congress (NLC) organised a debate between Obasanjo and Buhari, the two leading candidates in that election. It was a good debate, even though the candidates were not given equal status on the same platform. The Academic Staff Union of Universities (ASUU), also did another, although only marginal candidates attended. Since then, neither NLC nor ASUU has bothered about such things.

But if they had bothered, their own legitimacy in the political space would have been much more enhanced than now and every presidential hopeful will know they must have a clear and workable policy about workers or education. And debates, as mechanisms for testing the preparedness of candidates, would have become so institutionalised by now that no candidate can ignore them. So perhaps, it is not only the average newcomer to the presidency who is unprepared but all of us.

Edwin Clark: No Igbo-speaking person from Delta, Rivers should contest for president in 2023