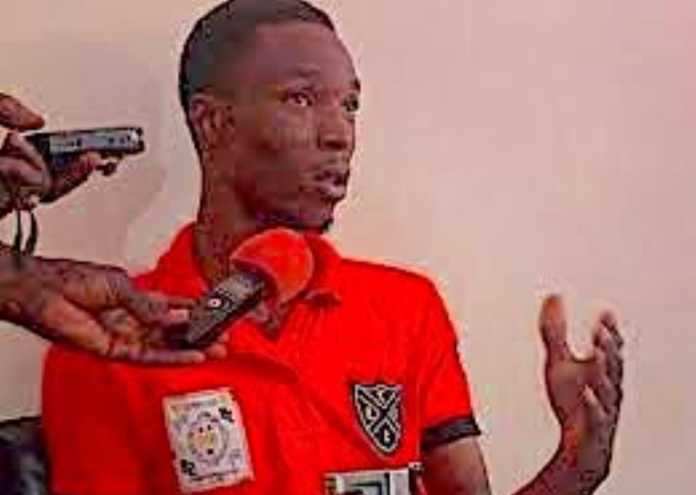 Fejiro Oliver, the publisher of the privately owned Secret Reporters news site, is scheduled to appear in court in Nigeria’s southwestern Lagos city on May 28, 2020, after years of adjourned legal proceedings, he told CPJ. Department of State Services (DSS) agents separately questioned him three times about his reporting in 2019, he said. Oliver’s real name is Tega Oghenedoro, but he goes by his pen name.

Police arrested Oliver in Uyo, the capital of Nigeria’s southern Akwa Ibom State where he is based, on March 16, 2017, according to an account he posted on Facebook at the time. They detained him for three days and confiscated his two phones, which have yet to be returned, he told CPJ in October 2019. Following his arraignment, Oliver was held for an additional month until he was able to fulfil bail conditions on May 11, 2017, the privately owned Sahara Reporters online newspaper reported at the time.

CPJ reached Kenneth Ogbeifun, the investigating officer in Oliver’s case in Lagos, in January 2020; he said the line was poor and asked for questions by email. CPJ did not receive responses to questions emailed to an address Ogbeifun provided or to follow up messages.

Oliver faces five counts of violating the 2015 cybercrime act in relation to February 2017 Secret Reporters articles detailing alleged corruption in Nigeria’s Sterling Bank, he and his lawyer Inibehe Effiong told CPJ. In a petition to police, bank staff said the reports involved “threat to life, malicious publication and defamation of character,” according to Sahara Reporters. The same staffers sued Oliver for libel over the same articles; that civil case was ongoing in February2020, according to Oliver and Effiong. Dennis Ukpabi, a former staff member of Nigeria’s Lagos-based Sterling Bank turned whistleblower, was also charged, according to a copy of the charge sheet reviewed by CPJ.

Both men were charged with one count of conspiracy to commit cybercrime and four counts of “cyberstalking” for emailing Secret Reporters articles to four employees of the bank between February 1 and 13, 2017, according to Oliver and Effiong—though Oliver told CPJ that Ukpabi was not involved in distributing Secret Reporterscontent. Under penalties listed in the cybercrime act, Oliver could face up to 19 years in prison if convicted on all counts.

DSS agents have separately summoned Oliver three times for questioning in relation to his reporting in 2019, most recently over September 21 and 23 articles concerning Nigeria’s oil politics and alleged corruption, he told CPJ. At the time of publishing, the two September 2019 articles had been temporarily taken offline, Oliver told CPJ. CPJ’s calls to Peter Afunanya, spokesperson for the DSS, went unanswered.

During the 2017 investigation, police pressured a chain of individuals connected to Oliver to lure him to a meeting so they could arrest him, according to CPJ interviews.

Oliver’s acquaintance Prince Kpokpogri told CPJ in an interview that back in March 2017 police detained him in Asaba, the capital of Nigeria’s southern Delta State where he lives, then drove him 220 kilometers to Uyo where they told him to arrange a meeting with Oliver. They told him they knew he spoke to Oliver often over the phone, he said. Kpokpogri is the publisher of Integrity Watchdog magazine.

“They knew once [Kpokpogri] calls me I will answer,” Oliver told CPJ. Police told him that previous efforts to find him had been unsuccessful, so they had tracked his most frequent callers, he said.

Kpokpogri told CPJ that police held him overnight in Uyo, then took him and Oliver to Benin City, the capital of southern Edo State, where they released him without charge. Oliver told CPJ he was then flown on to Lagos. Both men told CPJ that the officers—including one who told them his name was Moses—identified themselves to them as being from Benin City’s Sapele Road police headquarters.

An officer in Benin City who responded affirmatively to the name Moses when he answered CPJ’s phone call in January 2020, said Kpokpogri and Oliver were arrested on behalf of officers in Lagos. He disconnected the line when asked to elaborate, and subsequent calls rang unanswered or did not connect. CPJ was unable to confirm his full name.

Omomedia and Kpokpogri each said their telecom providers at the time were MTN. Oliver asked for the name of his telecom provider to be withheld from this report for privacy reasons.

CPJ reached Funso Aina, head of public relations for MTN in Nigeria, by phone in November 2019 and on request emailed questions about how and when MTN makes communications information available to security agencies, but received no response before publication; follow up calls and messages went unanswered.

“I have nothing more to prove about myself to anyone” — Nengi …Says, She...

Entertainment SAINT MIENPAMO - October 30, 2020 - 12:22 am 0
ABUJA; Rebbeca ‘Nengi’ Hampson was surely one Big Brother Naija Lockdown housemate that was able to prove that she was more than...

#EndSARS: Apologise For Hiding COVID-19 Palliatives From Citizens In...

Reactions As Governor Ayade ‘Hides’ Behind Security Men To...

“I have nothing more to prove about myself to anyone” —...