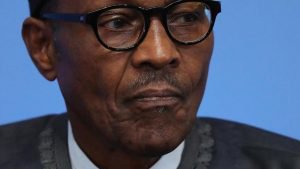 Ijaw Youths from the Nine States of the Niger Delta region have assured President Muhammad Buhari and the Defence Headquarters that the youths of the region have not planned to destabilize and disrupt the existing peace in the region.

The Ijaw Youths under the aegis of the Ijaw Youths Council (IYC) worldwide, through its National Spokesman, Comrade Ebilade Ekerefe, said though the position presented by the ijaw youths after the signing of the PIB into Law by President Muhammadu Buhari is expressive enough, it does not mean the region will be thrown into crisis and destabilization.

The Defence headquarters, had in a statement signed by its Director of Defence Information, Major General Benjamin Sawyerr, threatened tough actions against allege plan by Niger Delta youths to engage in fresh hostilities.

But the IYC spokesman, Comrade Ebilade Ekerefe, in a statement issued Wednesday in Yenagoa, said though the Youths of the region are angered by the refusal of the present administration to listen to the calls of the region on various issues, including the refusal of setting up a substantive board for the NDDC and the speedy manner the president signed the controversial PIA despite the outright rejection from stakeholders in the region.

“The defence headquaters should adopt a visionary status of advicing the Buhari administration on these contentious issues that may lead to breach of peace and security rather than been reactionary and issuing threats. The youths are not planning to engage in any protest march or engage in fresh hostilities to destabilize the existing peace in the region we’ve contributed so hard to sustain.”

“For the information of the Defence headquarters, Ijaw Youths are more matured and disposed to robust intellectual engagements on issues. However, the Military authorities should understand that the Niger Delta youths would not allow the region fall into the plot to destroy communities like they did in the past”

“Instead of outrightly encouraging continued dialogue between the region and President Buhari administration, the military is busy insuing statement of threats against a region that has kept faith with peace despite the insurmountable security challenges in the North-East, Benue and Kaduna states.”

Ekerefe said the IYC and other regional stakeholders are open to a town hall meeting with the Minister of State for Petroleum Resources, Chief Timipre Sylva over the provisions of the PIA.

“The only way out is for the youths to continue to demand for town hall meetings with the Honorable Minister and explain why the agreed 10% was reduced to a meager 3%. Our people deserves to know and until that process is initiated, we won’t go back on our earlier stand.”