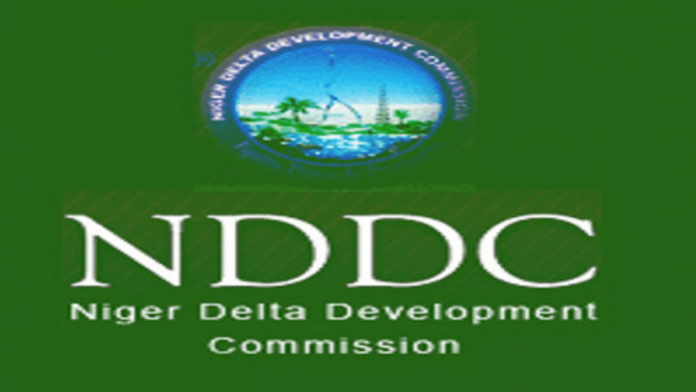 A coalition of Nigerian Professional based in United States of America under the ages of the Niger Delta Patriotic Alliance (NDPA),North Carolina chapter, has commended the Mr. Effiong Okon Akwa led Interim Administration of the Niger Delta Development Commission (NDDC) over the screening and payment of thousands of contractors being owed outstanding debts by the commission.

According to the NDPA, the decision of the Interim Administration under the advise of the Minister of Niger Delta Affairs, Senator Gosdwill Akpabio to fulfill its promise and commence payment of contractors is welcomed and commendable.

The Convener of the group, Engr. Ebi Alex Ph.D., in a statement sent to NAIJA LIVE TV via electronic mail, said the payment of contractors have saved some families in the region from over 20 years of suffering and deaths due to abandonment without payments despite their job completion,”Many of these contractors went bankrupt leaving their families in tatters, and many others have died in frustration”.

The group stated that In a country where people seems to distrust their leaders due to unfulfilled promises in the past, not a few were skeptical when in the last Nine months, the Mr. Effiong Okon Akwa led Interim Administration of the Niger Delta Development Commission (NDDC) promised thousands of contractors of the commission on due process and payments.

“As the new Administrator in charge of the Commission, and in answer to the cogent observation made by the Minister of Niger Delta Affairs and various stakeholders in the region, Mr. Effiong Okon Akwa , who has become hope for the future of the region, instituted a new narrative for the economic activities for the region.

“Despite the limited financial resources, Mr. Effiong Akwa policies and prompt payments to contractors upon job completion verification has replaced tears of sorrows from the eyes of thousands of contractors with tears of joy”.

“Given the monumental crowd of past and present contractors waiting to be heard at the commission, Mr. Effiong Akwa temporarily relocated from his office space to the large reception hall within the commission headquarters to attend to concerned contractors and Niger Deltans, at an event which saw many persons leaving with tears of joy after resolving their pending issues.”

“Already, the impact of the decision to verify and pay contractors in the region is spreading like wild fire. Many homes and communities in the region are gainfully being affected the thousands of contractors paid by the NDDC. In short term, Mr. Efiong Akwa is unapologetically operating an open-door policy promised to all stakeholders”.

Group calls for inauguration of NDDC board cleared two years ago