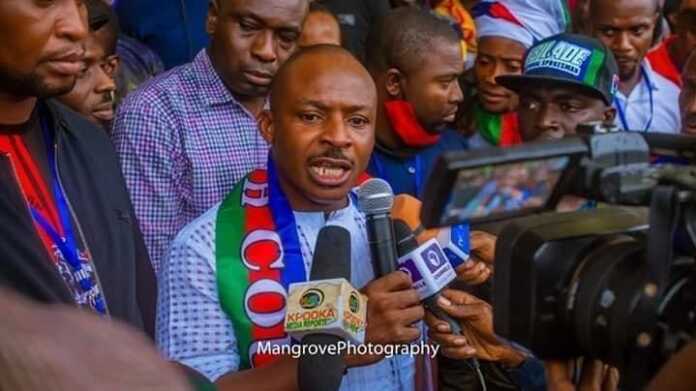 The umbrella body of the Ijaw Youths Worldwide, the Ijaw Youths Council(IYC) has frowned at the slow pace of development in the Niger Delta region which is occasioned by the lack of adequate funding from the federal government and the refusal of the oil companies in meeting up to their own financial obligations as enshrined in the NDDC act.

The Spokesman of the IYC, Comrade Ebilade Ekerefe in a statement issued in Yenagoa stated that instead of focusing on effective ways of funding the NDDC for proper development of the region, the federal government is busy playing politics with the development of the region and turning its inefficiency into a soap opera of brouhaha and distractive serial distractions in the media space.

According to Ekerefe, the FG and the IOCs are more culpable by not adequately funding the NDDC and the international oil companies for not meeting up to their financial obligations as enshrined in the NDDC act which could’ve accelerated development, create jobs and sustain the existing relative peace in the once volatile region.

According to Comr. Ebilade Ekerefe, “the Ijaw Youths Council frowns seriously at the federal government for using proxy’s to divert the attention of our people from asking the real questions of adequate funding of the NDDC which has become a bane to the regions development in recent years”

“The international oil companies which are suppose to pay royalties to the Commission as enshrined in the NDDC act are collaborating with outsiders who wants our region to be perpetually underdeveloped.”

“As we speak today, there are backlogs of projects completed by indigenous contractors whose monies have not been paid by the Commission due to lack of funding. How do you want this people to survive when most of them are breadwinners of their families and communities?

“You can’t continue to treat the development of the Niger Delta with kid gloves and expect us to be quiet when the North East Development Commission is uninhibitedly funded.”

“This nonsense in this country must stop. We are equal partners in the Nigerian project and every region should be treated equally. You cannot accelerate the funding of developmental projects in the North and keep our region helplessly even after all our contributions to the economic survival of this country, the East-West road is still wallowing in a deplorable state even after Twenty Billion Naira (#20B)was approved by the federal government, but up till now, nothing to show.”

“The rains are here and communities in the Niger Delta are been watched away as a result of the flooding and the erosions. The NDDC is a major interventionist agency that gives succor to our people in their most challenging times. When you stifle the funds of the Commission, you are indirectly creating more hardship and youth restiveness on the land.”

The mouthpiece of the Ijaw Youths, concluded by calling on the federal government and the IOC’s to urgently do the needful for the greater good of the country as it is unbecoming.

BREAKING: US House of Reps Democrats introduce article of...

WhatsApp reassures of privacy as users flock to Telegram,...

Robbers force couple to have s3x all night while...