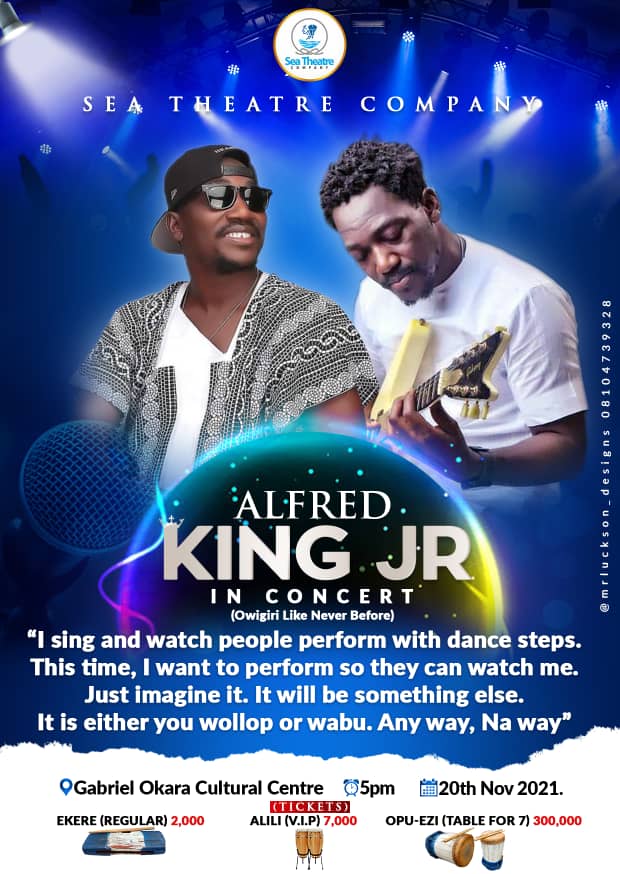 ALFRED KING JR IN A CONCERT THAT WILL DEFINE THE NEXT PHASE OF THE OWIGIRI MUSIC.

The show will take the audience out of space and back. During the concerts, the Bayelsa community and environs will enjoy a magical experience. they will become passengers on a musical flight and explore the power of love and the mysteries of science with the sounds of modern and traditional chanted “Owigiri” patterns.

According to the organizers of the event, the move is part of efforts to promote more of the sounds from the Niger Delta as the King and his band will introduce the audience to a new sensory experience.

The music of Alfred King Jr is claimed to have healing powers, because of its relaxing nature. It has been used by music therapists in various states across the country and has shown to positively affect the wellbeing of listeners.
“I sing and watch people perform with dance steps. This time, I want to sing and dance so that they can watch me. Just imagine it. It will be something else. It is either you wollop or wabu. Any way, Na way. Dem never see this type before” says the King.