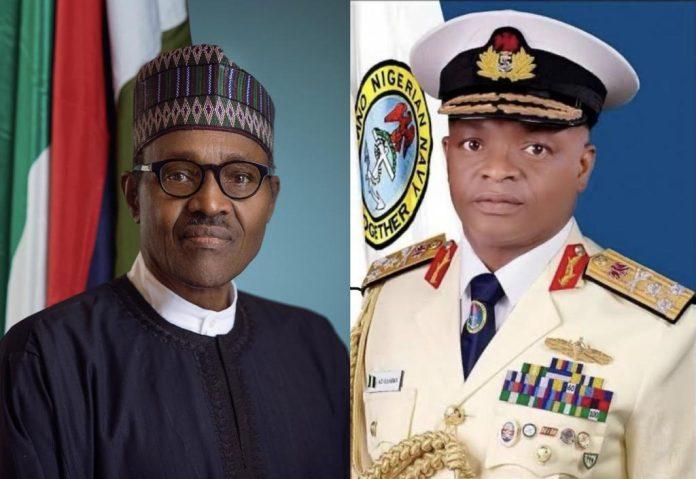 A Niger Delta based Transparency group, Coalition of Niger Delta Stakeholders Forum has petitioned President Muhammadu Buhari over the alleged complicity of the Nigerian Navy personnel in the alleged cases of crude oil theft and cases of gross misconduct and insubordination in their operations in the region.

The group, in the petition dated 18th January, 2023 and addressed to President Muhammadu Buhari titled “PETITION AGAINST THE NIGERIAN NAVY’S LEADERSHIP FOR ALLEGEDLY ENGAGING IN ILLICIT CRUDE OIL THEFT, TRADE, AND PIPELINE VANDALISATION IN THE NIGER DELTA REGION: WE CALL FOR CREDIBLE INVESTIGATIONS AGAINST THE LEADERSHIP OF THE NIGERIA NAVY, ON ALLEGATIONS OF INSUBORDINATION, THEFT OF OUR NATIONAL RESOURCES AND ACTS OF TREASON” claimed that the alleged activities of the accused Naval Personnel is grossly impeding the efforts of the oil pipeline Surveillance contractors.

The Petition, which was signed by Engr. Dr. Akpan O. Essien, Chief Williams Erepatei, Barrister Adeleke S. Olubunmi, Engr. James Ipalibo, Dr. Mrs. Ejiro P. Obohvie. for the Coalition of Niger Delta Stakeholders Forum, stated that “we hereby submit this petition against the Nigeria Navy’s leadership for allegedly engaging in illicit crude oil theft, trade, and pipeline vandalisation in the Niger Delta region, and we also call for credible investigations against the leadership of the Nigeria Navy, on allegations of insubordination, the ft of our national resources and acts of treason.“

“The fight against oil theft will be one of your greatest achievements and legacies. Mr. President, as the substantive Minister of Petroleum Resources, we must bring to your attention the progress made by the Group Managing Director of the NNPCL, Mallam Mele Kyari who should be commended for taking the bull by the Horne, even with threats to his life by the shadowy figures of the illicit oil trade.”

“One of the biggest problems and obstacles to the success of the fight against pipeline vandalism and oil theft it seems comes from the very security institutions mandated to secure and guide our territorial waterways and government infrastructure, it is no surprise that the federal government withdrew the services of the Nigerian Civil Defence Force from protecting the national assets of pipeline infrastructure after much outcry backed with evidence of the collusion of the civil defence service and oil thieves in ripping the nation off.”

“In a disturbing video and audio recordings gotten from our sources in Port Harcourt, Rivers State, the Nigerian Navy it seems are neck deep in the illicit trade of pipeline vandalisation and oil theft, after a vessel suspected with loaded stolen crude was apprehended by Tantita Security operatives on the 14 of January 2023, the Nigerian Navy it seems appeared from the blue to beat up and later interrogate the operatives of Tantita Security aboard the suspect vessel, all these happening even after Tantita Security operatives tried to explain and reason with the Navy about its now globally known mandate to fight illegal and stolen crude in the Niger Delta of Nigeria.”

“This gets even more embarrassing to think that President Buhari, as the Commander in Chief of the Armed Forces who also doubles as the substantive Minister of Petroleum is directly responsible for the chain of command of the Armed Forces and the operation against oil theft. It beats logic that the Nigerian Navy did not interrogate nor beat the crew of the vessel suspected of ferrying stolen crude, rather the Nigerian Navy after taking the operatives of Tantita Security outfit to their base forced and intimidated operatives the operatives of Tantita Security to delete all video and audio evidence gathered against the suspect vessel and crew.”

”The arrogance, impunity and acts of economic sabotage displayed by the very Navy smacks of high disobedience to the very oaths undertaken to protect our territorial integrity and it’s almost treasonable. In the video and audio recordings one could clearly see, listen and discern the treachery of the men of the Nigerian navy. President Buhari GCFR, must understand that the Nigerian populace wholeheartedly supports this fight against pipeline vandalism and oil theft and as such there must be consequences for all accomplices caught destroying oil infrastructure, stealing of crude and destroying and polluting the nation’s environment”

“President Buhari must summon the chief of naval staff and the command where this happened, and heads must roll. OUR HUMBLE REQUEST FOR JUSTICE AND EQUITY Sir, in view of the above reasons, we humbly urge you to commence credible investigations against the leadership of the Nigeria Navy, on allegations of insubordination, theft of our national resources and acts of treason in order to restore normalcy, justice, and equity in our national fight against illicit crude oil theft, trade, and pipeline vandalisation. We will appreciate you if our petition is given the urgency it deserves, in order to curb the fraud.”