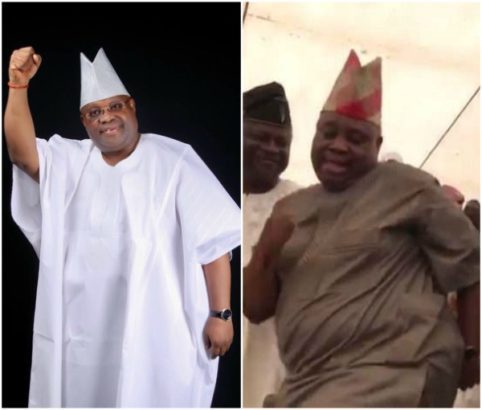 There are high indications from the Nigerian sacred floor had it that, “the court is set to declare the stolen mandate”. “after so much pressure from the ruling class to upturn the mandate of the people”. “The judges has decided unanimously to do the right thing”. “Glory be to God” according to multiple sources.

The Supreme Court had earlier fixed Friday, July 5th, 2019 as the day to give final judgement on Osun 2018 governorship election.

The Acting Chief Justice of Nigeria, Justice Ibrahim Tanko Muhammad has said that verdict on Osun State governorship election is ready. He disclosed this in a brief chat with newsmen in the early hours of yesterday 4th July, 2019 at the Supreme Court in Abuja.

In his words he posited that “We have carefully gone through the case of Osun govership election. We have diligently looked into the positions of the various Courts that had earlier passed their judgements on it and we have also considered the various evidences provided to substantiate the place of law and justice in the case. Our verdict is ready and we will do accordingly in respect to the rule of law”.

He further disclosed  that “We are not answerable to anybody and can never be intimidated by anyone to influence the position of Law and Justice on the case. We are very independent in Supreme Court because of the enormity of the trust and responsibility reposed in us by the Almighty God”.

Atiku reacts to Adeleke’s defeat at the Supreme Court

PDP’s candidate cannot be sworn in as Bayelsa Gov...