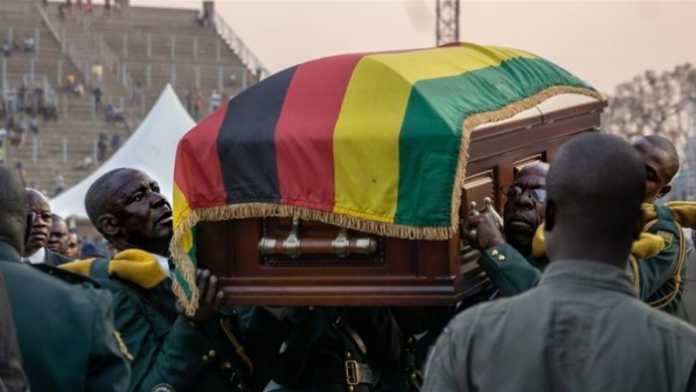 Former President of Zimbabwe, Robert Mugabe will not be buried on Sunday, as family spokesman, Leo Mugabe said the late president will be buried in 30 days time.

Leo’s disclosure is bring more twists into the burial of the Zimbabwean strong man who was expected to be buried on Sunday.

“Mugabe will be buried in 30 days after the completion of the construction of a special burial place at Heroes Acre.

There will now be no ceremony on Sunday. His body heads to Zvimba then returned to be preserved waiting for burial,” he told a Zimbabwe television station.