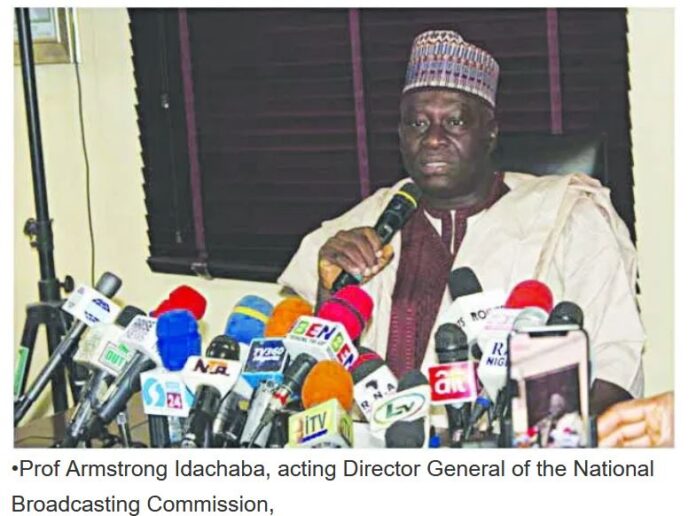 Armstrong Idachaba, the NBC director-general, gave the directive in a newspaper advertorial published on Thursday.

This follows the federal government’s announcement that Twitter and other social media platforms must register as a Nigerian company for them “to do business in Nigeria.”

It re-echoes concerns raised by allegations that the Buhari administration is clamping down on free speech and internet freedom — the government denies this.

Idachaba said in the advertorial that the NBC establishment code empowers the commission to ask the companies to be licensed.

Section two (b) of the NBC act of 2004 states: “(1) The Commission shall have [the] responsibility of: Receiving, processing and considering applications for the establishment, ownership or operation of radio and television stations including (i) cable television services, direct satellite broadcast and any other medium of broadcasting.”

The advertorial reads: “The National Broadcasting Commission (NBC) hereby directs every Online Broadcast Service provider and Social Media Platforms operating within the Nigerian State to apply and obtain broadcast licence for their service(s).

“Note that any Online Broadcast Service Provider that fails to obtain a licence will be considered an illegal entity.”

It is not immediately clear whether the directive applies strictly to only broadcast organisations or not.

Franca Aiyetan, NBC spokesman, declined to speak on the matter when contacted by TheCable on Thursday.

Although no direction has been drawn, the government moved to license social media companies after Twitter took down a tweet by President Muhammadu Buhari, after stating that the message violates its policy.

In the tweet, the president had threatened to treat Nigerians “misbehaving” in “the language they understand”.

Two days after the incident, the federal government suspended Twitter in Nigeria and directed NBC to “immediately commence the process of licensing all OTT and social media operations in Nigeria”.

The NBC also directed broadcast stations to stop using Twitter, saying it “will be unpatriotic for any broadcaster in Nigeria to continue to patronise” the microblogging site.

The action heightens concerns about press freedom which were raised after the commission reviewed its code to, among other things, increase the fine for “hate speech” from N500,000 to N5 million.

A number of media houses have been sanctioned in line with the code which many Nigerians and groups said targets press freedom and critics of the Buhari administration.