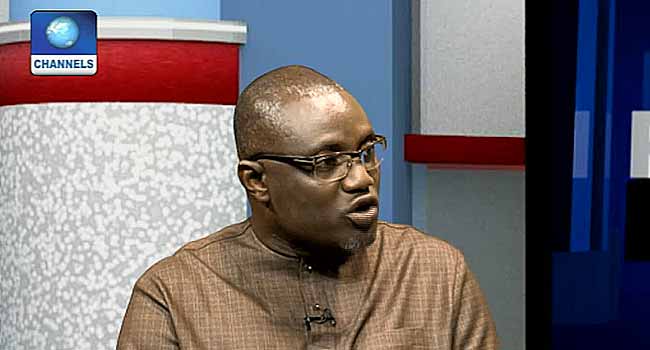 Political analyst and lawyer, Mr Curtis Adigba, has said that the actions of the National Assembly towards the executive only prove that it wants the President to stop fighting corruption.
He said this during an interview on Channels Television’s Politics Today, while analyzing the resolutions of the lawmakers on Tuesday.

The National Assembly at an emergency joint session held earlier had reaffirmed its vote of no confidence on the Inspector-General of Police Ibrahim Idris, and warned the President over the “systematic harassment and humiliation by the Executive of perceived political opponents”.

Furthermore, it vowed to go tougher in checking the powers of the President and threatened to exercise its constitutional powers if nothing is done to address the resolutions – a development which Mr Adigba believes is merely an attempt to clog the wheels of the anti-graft war.

“I see several demands, but I see just one key demand (which is) Mr President, stop fighting corruption. They said he should make the trial for corruption more equitable,” he stated.

Also according to the lawyer, the actions of the lawmakers are an indication that that “the anti-corruption war will remain divisive” because he believes the nation is yet to define what it corruption truly is.

“What is corruption, depends on the side of the political divide that you belong to,” he added.

Furthermore, he asserted that the development is in connection to the friction that already exists between the police and the Senate President, Dr. Bukola Saraki.

Specifically, he believes it was because the police had recently invited the Senate President in connection with a bank robbery that took place in Offa, Kwara State.

“The tipping point for this action that they are calling harassment is just because the Police invited the Senate President”.

Mr Adigba, however, maintained that the threats by NASS to evoke its powers are not a new development as it has always exercised those powers in the areas of refusing to confirm presidential nominees for various positions, among other issues.

“It’s a political process much more than a legal process and there are political thresholds that you must attain,” he said.