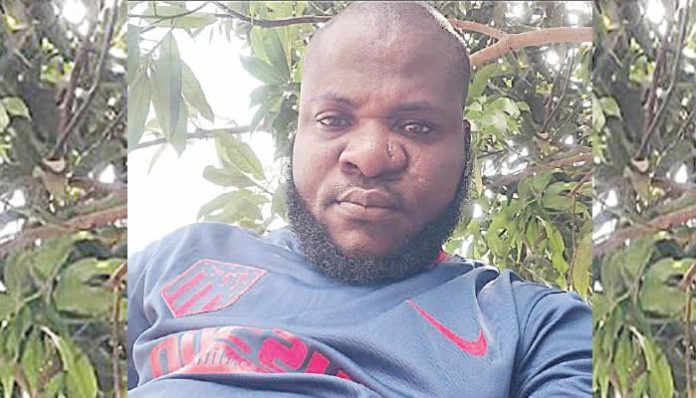 Abuja-based Mr Sunday Ani and his wife are having a traumatic time after their three children ‘disappeared’ from their school and have not been seen since over a week. The businessman speaks with SOLOMON ODENIYI about the incident

For how long have you been married and how many children do you have?

I got married to my wife in 2012 and we were blessed with four children but one has died. The ones alive are the ones we have been looking for. My first daughter, Marvelous, is eight years old; my second child is Alex and Mirabel is two years old.

Who contacted you to tell you that your children had gone missing?

I was in my shop when my wife called to inform me that she couldn’t find our children. She said she had been to their school more than two times and our children were not back home and were not in school either. I rushed to her shop, didn’t meet anyone, so I rushed to the house. On getting there, nobody was at home, so I had to go straight to their school. When I got to the school gate, I met the teachers and the proprietor. Even before leaving the shop I had called the proprietor and asked for my children. She said I should take it easy. When I got to the school, I asked for my children again at the school gate and they said that they were not aware of the departure of the children from the school premises. I was furious at the response. I left the school with some of my brothers that went with me, moving around villages in search of my children while my wife went to the police station to lodge a report.

What is the current situation of things?

We have not sat in a place up to 20 minutes; we have been moving from place to place, to see how we can find our children. My wife and I have never slept up to 30 minutes, event at night, since this incident happened. Every time we are busy going out to look for our kids even at night.

For how long have your children been attending the school?

They have been attending for about one year plus because I just changed their school January last year.

When you think of the manner in which your children ‘disappeared’, what thoughts come to your mind?

The school has gates, it has security guards. In a school that has gates, I don’t know how possible it is for the children to leave the premises and their teachers and security guards would not know. Besides, the school has a procedure for releasing children even to parents. When one of my elder brothers who followed me to the school asked the teachers who they released my children to, they could not say anything.

The owner of the school must provide my children. Nigerians should please help me ask her where my children are because they cannot say they don’t know the children’s whereabouts.

It’s been over a week since this incident happened. How have you and your wife been coping in this trying time?

It has not been easy; I am only just trying to calm my wife down. I keep telling her that all hope is not lost. She has been worrying and crying every time since the incident happened. I keep assuring my wife that all will be well.  I believe that God that gave me those children will help bring them back home. It is just a phase and it will surely come to an end by the grace of God. I strongly believe they would be found.

Since then, I’ve been going to church to pray, people are praying for us. People sometimes meet me on the road and ask if I am the one whose children got missing. When I will say yes, they will they tell me they are praying for me.

I don’t sleep for more than 30 minutes or one hour. I can’t sleep; I stay awake all through the night. It’s been a big shock to me. I never saw it coming. I love my children a lot, they love me too; I am a good father, doing everything within my reach to take care of them.

How did the day begin for the family on that day?

The last child, after wearing her clothes, came to wake me up and asked that I help her to strap her bag to her back. She then joined her siblings for breakfast. After that, the first one came to me to say they were ready for school. Whenever they are leaving the house, the last one would always pray for me; she would say, “Daddy, good market o.” The others would chorus it after her like a song. I have missed that.

Is there anything else you wish to say?

I want government to help me find my children. They are in this country, they are Nigerians. I am appealing to the FG to help me fish out those who are holding them. I want them back home, to feel the love of their father. I’m worried about where they could be sleeping or what they are eating. They are selective when it comes to food. They could be sleeping in a mosquito-infested place now. I am really worried for their safety.