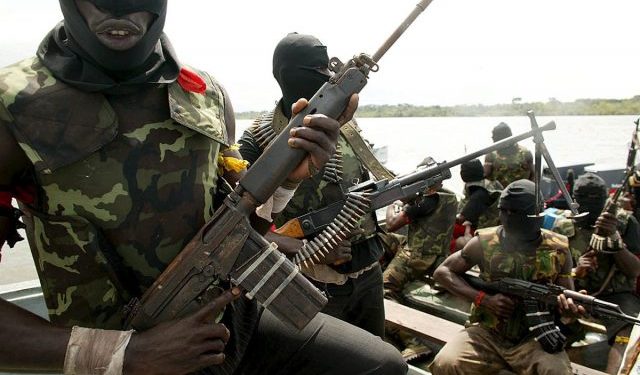 A suspected militant leader identified as Frank Brake-Ere Seide also known as Sea Lion has been shot dead and three others severely injured in bloody battle to control the Community Development Committee (CDC) of the Bilabiri Community in Ekeremor Local Government Area of Bayelsa State.

The bloody clash, according to community leaders and youth leaders, was triggered following series of threats and refusal by the former Executive of the CDC led by David Bazighe to vacate office at the expiration of their tenure in December, 2020 and their plea for one year extension turned down by the people of Bilabiri kingdom.

NAIJA LIVE TV investigation revealed that the deceased, Frank Brake-Ere Seide , who is also referred to as Former Chairman by his supporters, was accused to triggering tension in the community after his brother, St.Paul Wilson, was made the Acting Chairman of the Community Development Committee and his threats of attack on the people of the community if the inauguration of the new executive slated for 14th December,2020 is held.

While supporters of the former Executive of the CDC led by David Bazighe accused the new executive and their supporters of supporting brigandage, others allege that deceased and his loyalists have been terrorizing the community including the abduction of two chiefs and flogging them for their lack of support in the matter.

Contacted on telephone, the Acting Chairman of the CDC, St.Paul Wilson told NAIJA LIVE TV that though they have met with the aides to the State Governor on Security to brief him on development in Bilabiri community, ”some claims made over the crux of the matter in Bilabiri were not true. The main issue is that the former Executive tenure expired and they are trying to intimidate everyone.”

An eyewitness told NAIJA LIVE TV that the deceased opened fire on a group of boys located at the extreme end of the bilabiri 1 community primary school jetty and led by one Ebineme Abaka, “ the Stataco of bullets cut off the two legs of one of the boys. The leader of the boys also fired back and the deceased fell down. All other residents were indoor.”

NAIJA LIVE TV gathered that the Special Adviser to the Governor on Security matters and the Member of the Federal House of Representative representing Ekeremor/Sagbama Constituency have been informed of the development.

NAIJA LIVE TV also gathered that the battle of succession of the leadership of the Bilabiri executive is due to the upcoming SPDC SSAGS export line project to be located in the community.