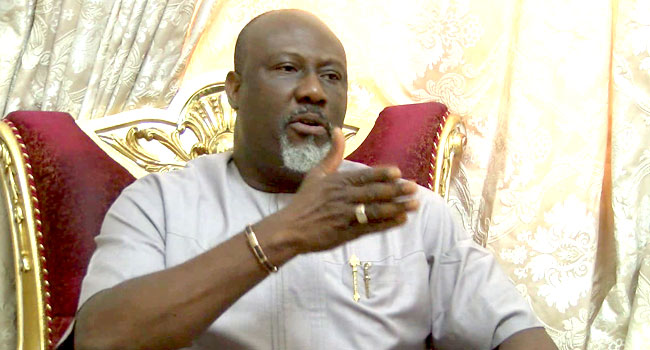 Senator Dino Melaye on Friday announced that he has rejected the appointment as the Director-General of the Kogi State Governorship Campaign Council by the Peoples Democratic Party (PDP).

Melaye disclosed this on Friday on his official Twitter handle @dino_melaye.

“Let me state categorically that I have turned down the position of Director-General of the PDP Kogi State Governorship Campaign Council.

“I wish PDP all the best. When truth is a casualty there is chaos,” Senator Melaye tweeted.

Kogi Poll 2019 : Dino Melaye Says He Is Better Than Yayaha Bello In Bed

David Lyon: The governor that never was