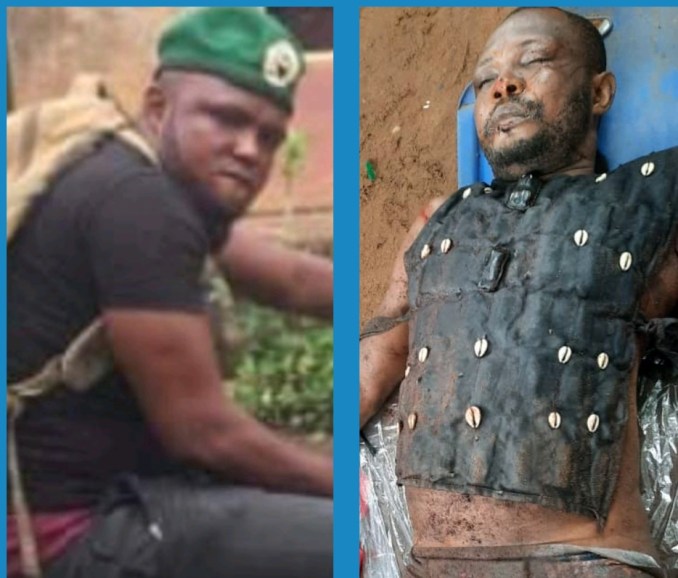 This is coming a few hours after the country home of Imo State governor, Hope Uzodinma, was set ablaze while two security personnel were killed.

A senior police officer at Force headquarters, Abuja, confided in NAIJA LIVE TV that the operatives stormed the operational headquarters of the militia in Awomama Village Oru East LGA of Imo State with a view to tracking down those wreaking havocs on police officers and public institutions in the South East.

”As the security forces approached the base of the insurgents, they came under rapid fire from the group. In a bold and clinical response, the joint security forces fought back gallantly.

”The Forces eventually neutralized the overall commander of the insurgents in the Southeast popularly known as Ikonso Commander and six other armed fighters of the insurgent group.

”Commander Ikonso is known as the Vice President-designate as well as the coordinator of all the militia operations of the group. He was the mastermind and coordinator of the attack on the Imo Police Headquarters and several other attacks on security and military personnel and facilities,” the senior police officer told NAIJA LIVE TV.

The prisons and police headquarters in Imo were attacked earlier in the month.

Biafra: Igbos will lose more if Nigeria breaks up – Okorocha

FLASHBACK: “God Is About To Disgrace TB Joshua for Saying Nigeria will not breakup” – Nnamdi Kanu [VIDEO]