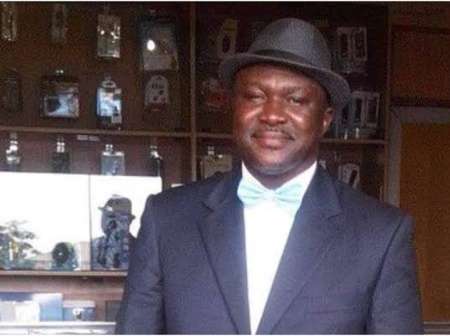 A middle aged man Mr David Adebayo has allegedly collapsed after his wife Mrs Beatrice Adebayo reveals her husband is not the biological father of their three children that they belong to their neighbor when they live in a rented apartment than 13-years ago.

The said neighbor named Felix Majekodunmi who the human right are trying to get in touch with without any success yet, the wife said she and Felix started having sx affair when they moved to a rented apartment in 2006 after her husband have difficulties getting her pregnant.

She reveals further that her husband Mr David was unable to get her pregnant after several tests revealing she’s medically okay and her husband family keep pressurizing her to get pregnant.

“She mentioned having an affair with Felix (who was a bachelor at that time) was love at first sight who he fell in love with immediately she set her eyes on him.
They started visiting hotels to see each other and sometimes when Mr David who works in the Apapa Wharf rarely come so they have enough time to do this ungodly act.

Reports says Mr David Found out about the children not his when the youngest son needed a blood transfusion urgently thereby confirming their blood is unmatched , this made him run a DNA test for the other children and DNA confirms they are not His.

He is presently in coma and being watch closely so that he doesn’t hurt himself.

Coronavirus: Men are running from us – Sex workers cries out in Delta