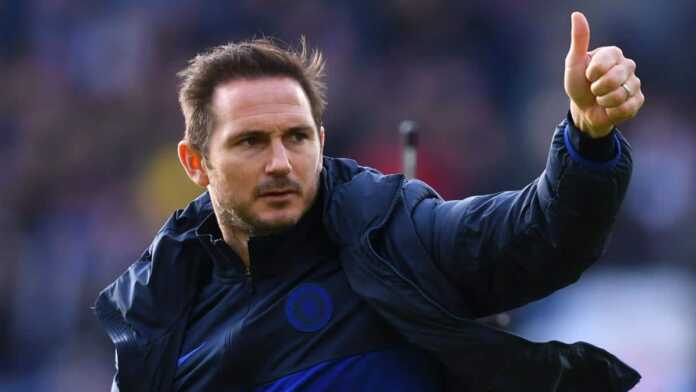 Lampard, speaking to reporters after the match, claimed Mount was better than he was at the same age.

The 22-year-old scored the winner at Craven Cottage, as the Blues picked up a 1-0 victory, their first Premier League win since December 21.

It was Mount’s second league goal of the season and Lampard sees him as an example of the precocious talent Chelsea have at their disposal.

“I thought Mason’s all round performance was fantastic. He has been very-very good for us last year and this year.

“He is a big example when I mention youth. Mason just turned 22 last week and when I came to Chelsea at 22. I wasn’t blowing the world away in my first year. I was finding my feet.

“Mason has so many games under his belt and we have a lot of players in a similar age bracket like Christian Pulisic, Kai Havertz with Callum Hudson-Odoi younger. There’s also Tammy Abraham and Timo Werner, they are all young.

“To go back to Mason, his effort, attitude and quality of play was outstanding,” Lampard said.