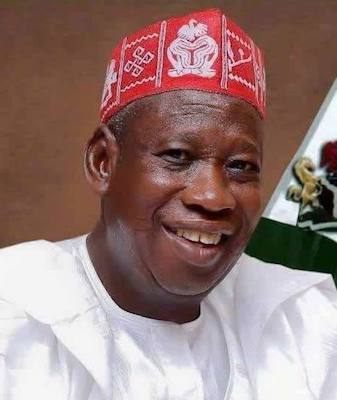 No fewer than 150 people have died in Kano state in the last three days just as some suspected foreigners have been evacuated in an open articulated vehicle from Kasuwan Barchi Market in Kaduna to Niger Republic on Monday.

It is as gathered that the alleged 150 people died in Kano between Friday and Saturday last week have been buried in three cemeteries, heightening fears that the deceased must have died as a result of a strange ailment.

Undertakers who doubled as grave diggers in the affected cemeteries said the frequency at which they received corpses these days was unusual when compared with the number of people they buried before the coronavirus outbreak.

The figure of the dead buried in the three cemeteries excludes other people buried in dozens of burial grounds in the eight local government areas that constitute Kano metropolis, though those working in such cemeteries said they did not notice anything unusual.

Also, authorities in Kano, community leaders, families of the deceased and medical officials have given different opinion on the matter with the state ministry of health saying it was investigating the matter.

Sources disclosed to our reporter that the development has thrown many residents of the city into palpable fears even as they nurse the suspicion of possible community transmission of the ravaging COVID-19 within the state capital, which has a population of over four million people.

Out of the 44 local government areas in Kano State, eight of them are not far from the state capital. They are Nasarawa, Gwale, Dala, Ungogo, Fagge, Tarauni, Kumbotso and Municipal.

However on Monday, the Nigeria Centre for Disease Control (NCDC) said Kano had a total of 59 confirmed COVID-19 cases and one death.

Attendants and undertakers across the three cemeteries that witnessed unusual burials described the current regularity of burials in the city as unprecedented, urging the government to as a matter of urgency investigate to ascertain the real cause.

Bashir Mohammed, one of the undertakers at the Dandolo Cemetery in Goron Dutse, Dala Local Government Area of Kano State, said, “This is worrisome, we are becoming overwhelmed by what we are seeing here these days because to me, the way people are dying is not ordinary.”

Mohammed popularly known as Mai Sana’a, said between Saturday and Sunday, over thirty people were buried in the cemetery in contrast to maximum daily record of ten burials previously.

Mohammed said most of the people buried within the period were aged cutting across both sexes.

Similarly, at Abattoir Cemetery near Kofar Mazugal, our reporters were told that 61 persons had been buried in the cemetery over the weekend.

The cemetery attendants who disclosed this said most of the deaths were from Zage, Darma, Sharifai and Gabari as well as Zangon Barebari communities in Kano municipal.

Most of the residents who spoke attributed the deaths to “severe malaria and typhoid fever besides some other infections and terminal illnesses.”

Some of the residents further attributed the development to the closure of some of the private hospitals in the city where some of the deceased used to access care following the discovery of the first coronavirus case in the state.

Crime Watch Abekikokos - May 25, 2020 - 7:02 am
0
A Newly converted Christian lady was admitted at Mbale Regional Referral Hospital early this after her father, who is a Muslim leader,...