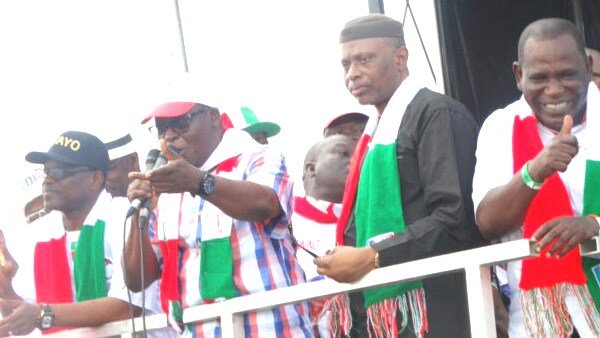 Olusegun Mimiko, the former Governor of Ondo State, has just resigned his membership of the Peoples Democratic Party (PDP).

In a brief message to the office of the PDP in Akure, Mimiko said the decision to leave the umbrella party was based on “some well-thought-out personal reasons”.

The former Governor praised some of the leaders of the PDP whom he worked with while in the party as a member.

“I hereby, with utmost humility, inform you of my decision to resign my membership of the PDP with effect from today, June 13, 2018 for some well-thought-out personal reasons,” he said.

“It was an honour working the many prominent Nigerians with whom I shared the PDP platform for the entire period I was in there as a member.

“Accept, please, the assurance of my very high regards.”

The latest development comes after SaharaReporters confirmed all was set for Mimiko to rejoin the defunct Labour Party (LP), which he ditched in 2014.

Mimiko had left LP on October 2, 2014, for the PDP to support the re-election bid of former President Goodluck Jonathan.

SaharaReporters learnt that Mimiko, who ruled Ondo between February 2009 and 2017, will rejoin the LP with some key members of his then cabinet