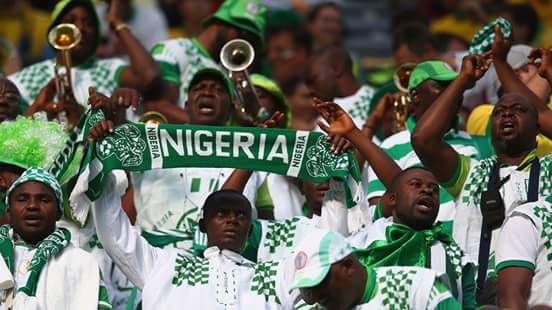 According to a report by Sport Express (Russian newspaper) a Super Eagles fan has been thrown down from a second story window of an apartment building located at Brusilov Street in Moscow.

The 26-year-old Toluope Akindi came to Russia for the 2018 World Cup matches; the newspaper reported that he drank too much, got out on the door of the entrance and began to dance and sing loudly.

The action of the Nigerian infuriated his co-tenants and one of them pushed him out of the window.

Toluope fell from the height of the second floor and has been hospitalized with a fracture of both heels.

The Super Eagles will take on Croatia in their World Cup opener at the Kaliningrad Stadium on Saturday evening, starting from 2200 hours Moscow time, which is 8pm in Nigeria.