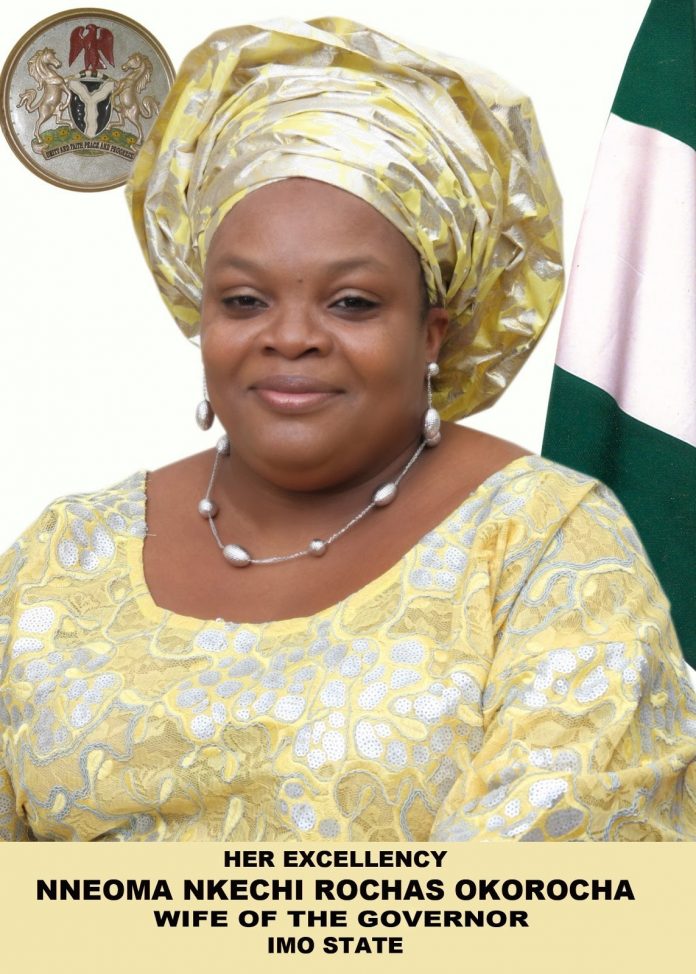 Mrs Nkechi Said this while delivering a thank you Speech at the “Imo Day of Thanksgiving; State Of Imo Address” which was monitored by NAIJALIVETV.COM. the program was organized by the Governors wife as part of activities marking the successful 8yrs term of Governor Rochas Okorocha.

Governor Rochas Okorocha also use the program to commission some of the projects embark upon by his administration online.

See Photos of of the Projects commisioned online