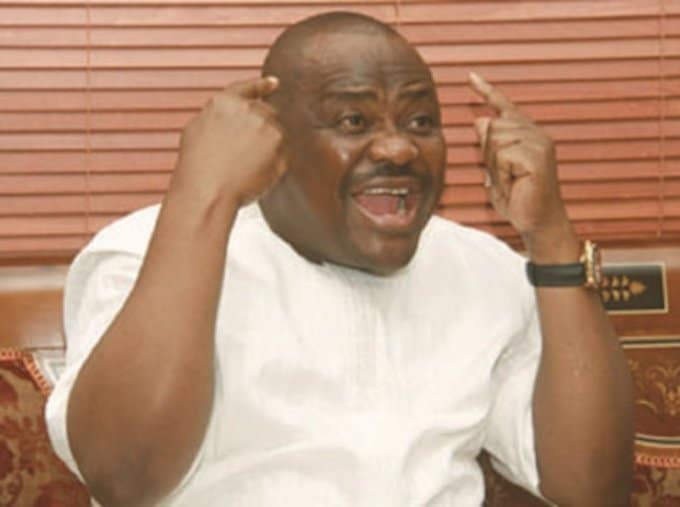 As the People’s Democratic Party engages itself in a dance macabre as its members tussle for supremacy, it seems that Governor Nyesome Wike of Rivers State and one of the party’s power brokers may be headed out of the party.

It’s no more hidden as news about the squabbles in the PDP, and information gathered from a number of sources who hinted that should the cold war in PDP not end in his favour then he could be on his way out to another platform in no short time.

Wike who was once a domineering force in the PDP is not happy with the party’s National Chairman, Chief Uche Secondus following the latter’s resolve to be independent minded while running the affairs of the party. Matter of fact, it was Wike who had provided the funds that was used in rescuing the party from the grips of Ali Modu Sheriff and had imposed Secondus as the party’s National Chairman, against household names like Chief Bode George, Jimi Agbaje, Otunba Gbenga Daniel, Taoheed Adedoja, Rasheed Ladoja and Raymond Dokpesi.

READ ALSO: Breaking: Why I will not resign as PDP Chairman — Secondus

Wike, a former Chief of Staff to his present day nemesis, Rotimi Amaechi as well as one time minister of the federal republic was at one time so powerful that he even threatened to destroy the PDP when some leaders of the party tinkered with the idea of moving its presidential primaries from Port Harcourt to Abuja citing Wike’s influence on the process.

Recall that Wike had openly supported his Sokoto State counterpart Governor Aminu Tambuwal in the agreement that he Wike would be his running mate. It took the threats of Wike as well as assurances from a number of leaders on the independence of the process for the leaders to allow the primaries hold in Port Harcourt, resulting in the emergence of Alhaji Atiku Abubakar.

It is alleged that one of Wike’s grievances with Secondus is due to Secondus’s loyalty to the Atiku/Obi ticket, which the party chairman believes is the best option for the party, whereas Wike is still insisting on Tambuwal as the party’s best option if it must wrest power from the ruling All Progressives Congress, APC.

Thus the recent resignation of a number of deputy national officers and the call from a number of quarters for the resignation of Secondus is seen to be the machinations of the Rivers helmsman. However, the quick intervention.of the party’s board of trustees which helped stave off pressure for Secondus’s resignation was said to have peeved Wike who is now counting his options which are either to remain in the PDP, start a faction or join an existing party or float another party.

For Wike, the last option remains the best as sources hint that he Wike is calculating on the coming implosion in APC which he believes will come as a result of the recent congress exercises and the forthcoming presidential elections which a number of sceptics hold may tear the party apart. With the PDP likely to suffer the same fate, Wike believes that his new party could serve as the third force and become the majority party come 2023.

However, our source said that the governor is still being cautious about the move and may drop such moves should Secondus resign or is stopped from seeking a second term in office. Should things go this way, then Wike will remain in the party and retain relative influence over who gets what in the party and then run with Aminu Tambuwal as Tambuwal’s running mate.