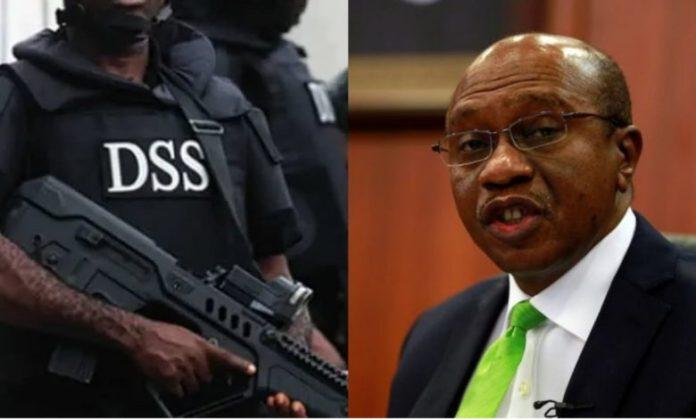 Godwin Emefiele, Governor of the Central Bank of Nigeria (CBN) is presently not in Nigeria, according to legal luminary, Femi Falana (SAN).

NAIJA LIVE TV reports that according to Falana, Emefiele has been quietly declared wanted by the Department of State Services (DSS, also known as State Security Service, SSS) over terrorism financing allegations.

Falana stated this while speaking in an interview on Channels Television on Sunday night. The interview was monitored by this newspaper.

The Human Rights lawyer urged President Muhammadu Buhari to step into the controversy, citing that Nigeria needs to act maturely as so much is expected of the country being ‘Africa’s largest nation’.

“I can say without any fear that Mr Godwin Emefiele is not in Nigeria, but he has been quietly declared wanted by state Security Services.”

“This can only happen in a Banana republic where the CBN Governor would be accused of a grave offence, which is terrorism financing,” Falana said.

Emefiele’s whereabouts have been on the minds of many Nigerians.

The absence of the Governor of the apex bank came to light last December when he failed to show up at the National Assembly to explain the reason behind the naira redesign and cash withdrawal limits.

He was then said to be on leave until it was speculated that he may be on the run.