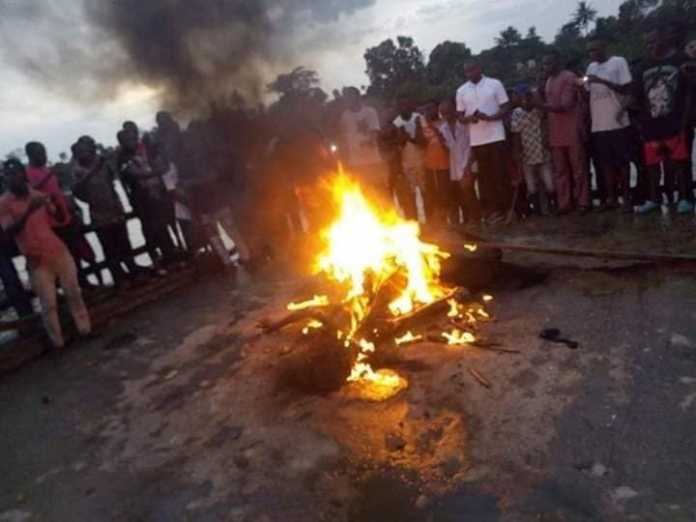 The gunmen, who abducted three female students of the Bayelsa State College of Health Technology, Otuogiri have been caught and lynched by a mob.

It was gathered that the assailants were caught in the evening on Tuesday and lynched by an angry mob at Ogbia Town, Ogbia Local Government Area of the state.

A student, who spoke in confidence, said the female victims were recovered unhurt and taken to the police station

“We dont know how they were caught. But two of them have been lynched at Ogbia Town. The girls were fortunate nothing happened to them. They were taken to a police station at Ogbia”, she said.

Latest News SAINT MIENPAMO - January 20, 2020 - 10:49 am
0
The Supreme Court has just affirmed the election of Governor @AWTambuwal as the duly elected Governor of Sokoto State.

Ihedioha Finally Breaks Silence After Being Removed as Governor...