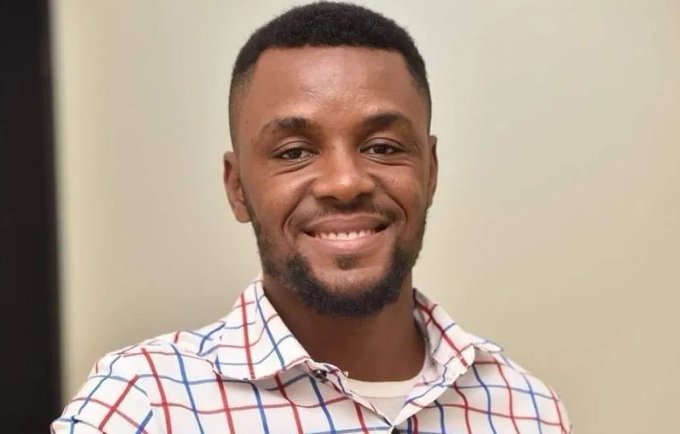 Kufre Carter, a journalist with XL 106.9 FM Uyo in Akwa Ibom state, who was arrested for allegedly defaming Dominic Ukpong, the state commissioner of health, is yet to regain freedom.

Carter was arrested in April and later arraigned at a magistrate’s court on a three-count charge bordering on defamation.

He was admitted him to bail in the sum of N3 million with one surety in like sum.

The magistrate held that the surety must be either a permanent secretary with the state government or a civil servant of grade level 17.

Carter was also asked to obtain a letter from the village head attesting to his identity.

Following their inability to perfect the bail conditions, Inibehe Effiong, his lawyer, filed a motion at the state high court praying for an order “discharging and or varying the order of release on bail of Carter.

On May 18, 2020, Archibong Archibong, a judge of the state high court, varied the stringent bail conditions and reduced the bail bond to N200,000.

In a statement on Saturday, Effiong said the bail conditions were met but his client was not released.

“On Friday, 22nd May, 2020, we perfected and fulfilled the bail of our client which was approved, signed and authenticated by the trial Chief Magistrate, Winifred M. Umohandy. The magistrate court mandated a police sergeant attached to the court to go to the SSS and secure the release of our client,” he said.

“I personally accompanied the police officer to the SSS command in Uyo along with my colleague, Augustine Asuquo.

“We arrived at the facility at about 2:12 p.m. and the SSS was duly served with the Court Order made by His Lordship, Hon. Justice Archibong Archibong, along with documentary evidence duly signed by Chief Magistrate Winifred M. Umohandy which shows that our client had fulfilled his bail conditions.

“After delaying us for several hours, the Deputy Director, the Director of Operations, the Legal Officer and other officials at the SSS Command in Uyo met with me and told me that I should give them ‘a little time’ for them to study the court order and act on it.

“I waited for the above mentioned SSS officials for about thirty minutes to enable them study and comply with the valid and subsisting Order of the High Court.

“When we reconvened, the SSS officials told me that the Attorney General of Akwa Ibom state had written to them and instructed them not to obey the Court Order because the government is proceeding on appeal against the well-reasoned Ruling of the High Court varying the stringent bail conditions of our client.”

But a DSS source told TheCable that Carter was not released because the Akwa Ibom authorities filed a notice of appeal after the court order and also sought a stay of execution.
When asked to react to what the DSS source said, Effiong replied: “If there’s a stay of execution, will the magistrate sign the bail?”

JUST IN: FG apologises for asking all bank, other account holders to re-register

Business SAINT MIENPAMO - September 18, 2020 - 11:35 am 0
The Federal Government has apologised for asking all account holders in the country’s financial institutions to register their details again.

JUST IN: FG apologises for asking all bank, other account holders...