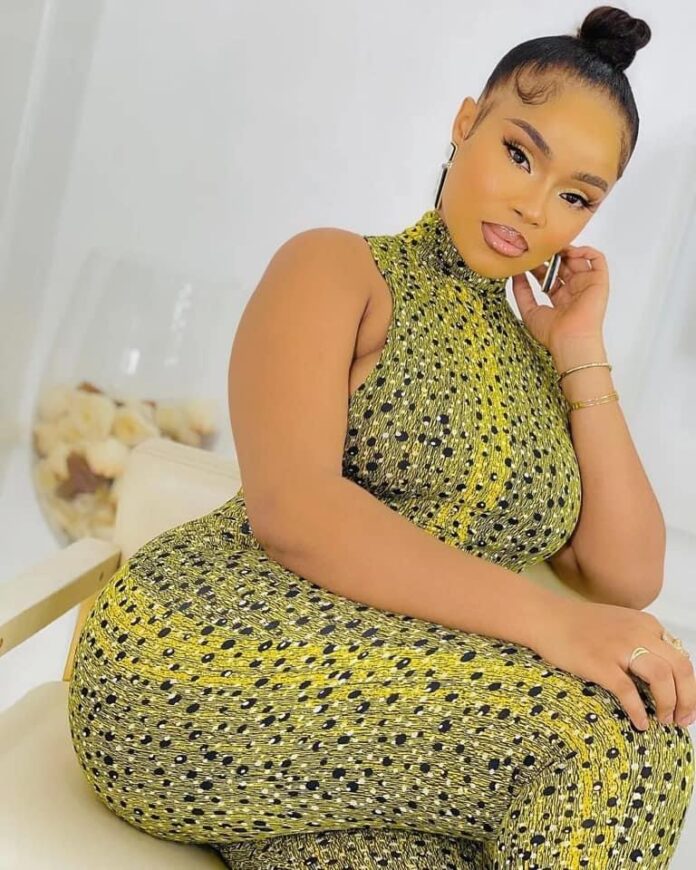 Nollywood actress, Onyi Alex has said it is a sin for any broke man to profess that he’s in love with her.

The actress made her stance known via her Instagram Stories, where she also called a broke man a leach and that such men can only trip for her from a distance.

It’s a sin for a broke man to say his in love with me..! Like how ? I hustle because I don’t wanna be broke.., it’s okay to just trip from a distance!!! .. The goal is two hustles .. not a hustle and a leach biko.Onyi Says

Just last month, the actress acquired for herself a multi-million naira palatial mansion. The 31-year-old actress at the time, took to her Instagram page to share a video of the mansion and its beautifully decorated interior.

Onyii also expressed gratitude to God for making her a homeowner. Sharing a video of the house, the actress wrote,

“To God Almighty be the Glory🙏🙌🕊

@mimz_interiors I don’t think a stranger would have done this better., you killed it bro 🙌❤️ thanks
📸 @tblack_cmf 🙌”