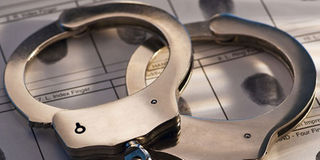 Happiness who is the senior wife, hit Blessing with a wooden object on April 7 during a fight. She also used a hoe to cut her head which eventually resulted to the victim’s death.

The state commissioner of Police, Bolaji Salami while parading the suspect, said the corpse of the new wife has been deposited at the Morgue of the General Hospital in Akure.

He added that investigation is still ongoing.

He said, “On April 7, 2021 at about 0630hrs, at Sunshine Garden Estate, Oda, Akure, a fight ensued between two ladies married to one husband.

During the fight, the senior wife whose name is Nanko Happiness Emmanuel used a wooden object to hit her junior counterpart, Napre
Blessing Emmanuel on the head and also used a hoe to cut her head and her body which resulted to her death.

“The suspect was arrested and is currently in Police custody while the corpse was deposited at the General Hospital Mortuary, Akure.

Investigation is ongoing’, according to the Police Commissioner.

Mr Bolaji Salami said twelve of them were apprehended for kidnapping cases in the state, three for murder issues, six for armed robbery and four cases of assault on policemen.

According to the police commissioner, two suspects Seye Akinsete and Titilayo Ikudaisi were arrested for selling their child for three hundred thousand naira and stealing another six month old boy at Odo-Ota Sawmill, Ilorin, Kwara state with intention of selling the child.

Mr Bolaji Salami said all the suspects would be charged to court immediately judicial workers suspend their ongoing nationwide strike.

The police commissioner assured that his command was working with other police commands in the neighbouring states to tackle activities of kidnappers.