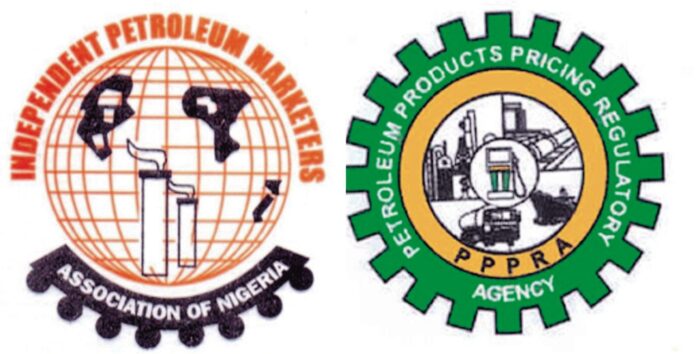 ABUJA; The crisis rocking the leadership of Independent Petroleum Marketers Association of Nigeria, (IPMAN) has taken a new turn with the ejection of its national president from the Asokoro, Abuja office of the association.

Engineer Sanusi Fari was allegedly ejected by a faction of the Association purportedly led by one Chinedu Okoronkwo, and his faction,
over what they considered illegal occupation of the office space by the former.

Fari has, however, petitioned the Inspector General of Police, Usman Alkali Baba, accusing him of complicity in his dislodgement from office by the factional President.

In the petition, Fari described the emergence of Okoronkwo as a violation of the Constitution of the Association which it noted dictates rotation of Presidency between the North and South.

He also noted in the petition that by virtue of Article IV of the Revised Constitution of IPMAN, approved by the National Executive Committee and adopted at the Annual General Meeting of the Association held on June 14,1997 at Sheraton Hotel, Abuja, he automatically becomes the national Chairman after the three year tenure of Obasi Lawson.

According to the petition dated July 9,2021 which was addressed to the IGP entitled, “Miscarriage of Justice by the Inspector General of Police against the leadership of Independent Petroleum Marketers Association of Nigeria,” the complainant alleaged his forceful removal from the Asokoro Secretariat had the backing of the IGP was a clear violation of the Constitution of the Association.

He further stated that such action was at variant with the ruling of the Supreme Court of December 14, 2018 and a further pronouncement of the Federal High Court sitting in Calabar in the suit decided by Honourable Justice Amobeda on 21st February, 2019 which interpreted the Supreme Court judgment in his favour in accordance with IPMAN’s 1997 constitution and settled the leadership crisis in his favour.

Moreover, he recalled that after the ruling of the nation apex court, all Government Agencies, Private Sector and Security Agencies were notified and had since accorded him recognition.

“Attorney General of the Federation and Minister of Justice, Abuabakar Malami (SAN) congratulated Engr. Sanusi Abdu Fari as the President (see copy of the letter attached as APPENDIX B.)”, he further noted in the petition.

Hence, he claimed he was taken aback that policemen who he alleged were working on superior order stormed the association’s national secretariat to eject his leadership, despite earlier legal advices given by the office of the Inspector General of Police and the Commissioner of Police, Federal Capital Territory (FCT) which interpreted the rulings of the Supreme Court and the Federal High Court, Calabar in his favour.

While expressing concern over the support for the Okoronkwo faction despite court rulings, Fari appealed to the IGP to use his good offices to ensure that the miscarriage of Justice was not sustained.

The petition further reads in part: “It is pertinent at this stage to state that even the office of the Inspector General of Police and the Commissioner of Police, Federal Capital Territory (FCT) have referred the Supreme Court Judgment and its interpretation by the Federal High Court, Calabar to their Legal Departments and the Legal Advice from both institution is that it is the National Executive led by Engr. Sanusi Abdu Fari that is the legitimate Executive to lead IPMAN and also to occupy their Headquarters at No. 41, Gnassingbe Eyadema Street, Asokoro, Abuja not Elder Okoronkwo. Based on the Legal Position, the Inspector General of Police (IGP), Usman Alkali gave directive that the FCT Commissioner of Police should open the office to Engr. Sanusi Abdu Fari (see the letter attached as APPENDIX F).

“The Commissioner of Police, FCT carried out the order. Surprisingly, four(4) days later, Policemen came to the office to eject Engr. Sanusi Fari for unknown reasons.

“Since Engr. Sanusi Abdu Fari took over the leadership of IPMAN, there have been peace, no strike action, no disruption of smooth distribution of Petroleum Products even in the face of deliberate provocation from the illegal Elder Okoronkwo’s group. The question to ask is why should the IGP against all legitimate Legal Advice support illegal people or is it a crime to be law abiding by not calling a strike to show strength?

“Our plea now is that you should follow the Supreme Court decision and not give police support to Okoronkwo whom you have given our Headquarters to occupy illegally.”