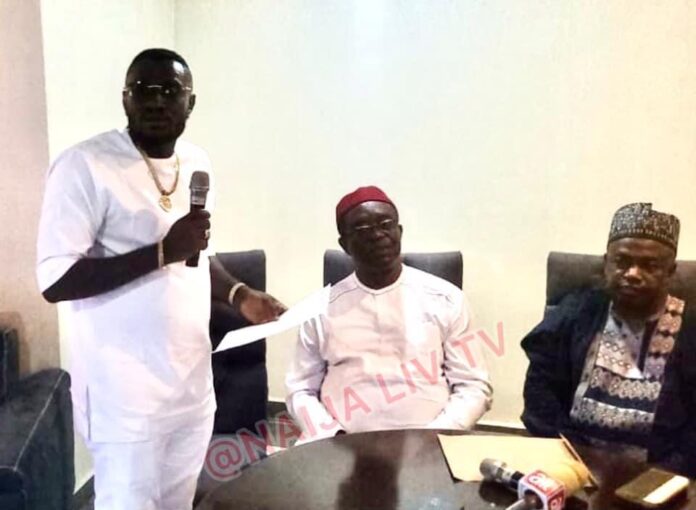 The newly appointed Chairman of the Anambra Chapter of IPMAN, Hon. Sunday Chukwemeka, who was appointed based on his pedigree in the oil and gas sector, assured President Muhammadu Buhari, IPMAN National Executives and the security agencies of readiness to work and put a stop to illegal activities of vandals, oil thieves and oil tanker owners involved in menace of road Blockage.

Chukwemeka called on major stakeholders including the Nigerian Police, Joint Military Task Force and IPMAN members to assist IPMAN in actualising the mandate trusted upon it by President Muhammadu Buhari.

He also warned that anyone caught engaging in unwholesome activities contrary to interest of the Nation’s oil and gas sector would be arrested.

MEANWHILE, the Independent Petroleum Marketers Association of Nigeria (IPMAN) has restated commitment to intensify the fight against illegal oil theft and oil tankers Blockage of roads in the South-South/South-East Region of the country.

The IPMAN National President, Elder Chinedu Okonronko said though President Muhammadu Buhari and the Nigerian National Petroleum Corporation (NNPC) have commended IPMAN for its contribution to the drastic drop in the percentage of crude oil theft, the IPMAN will not rest on its oars.

Elder Chinedu Okoronko, in a statement issued after the formal inauguration and presentation of Letter to a renowned Estate Developer, Hon. Sunday Chukwemeka also known as Sunny Bigman as the IPMAN Coordinator in Anambra State, stated that the IPMAN will no longer tolorate the indiscrinate use of Oil tankers to block roads along the states of the South East.

According to him, the South-South/South-East chapters led by Anambra and Bayelsa chapters have done well in the battle against oil theft,”recall that President Buhari and the NNPC agreed that we have assisted in reducing the cases of oil theft and vandalism to 35 per cent. We want to tell all our chapters that we are behind them and we will not relent.”

He warned those involved in the illegal blockage of roads with Petroleum tankers should be warned and will be dealt with,” Petroleum Marketers will not be allowed to engage in illegal activities. The roads should be cleared. “

Also speaking, the Chairman of the Bayelsa Chapter of IPMAN, Hon. Bello Bina, said though the task of confronting illegal activities of pipeline vandals and oil theft is tedious, the members of IPMAN have resolved to confront the oil thieves head-on.