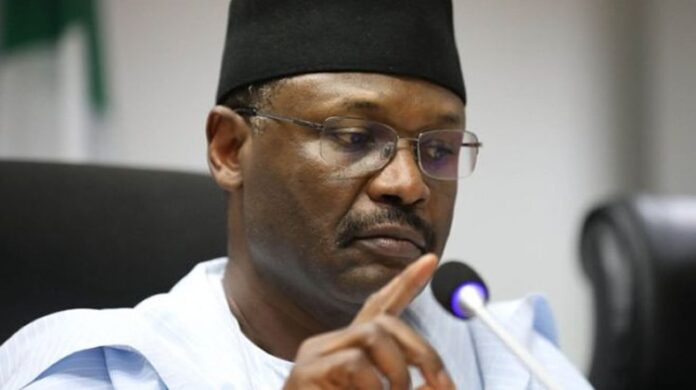 The Independent National Electoral Commission has failed to clean up its voter register despite suspending the Continuous Voter Registration for 32 months, The PUNCH reports.

A check by our correspondent through INEC’s voter register showed that several notable figures, who died years ago, were still on the register despite promises by INEC to clean it up after the general elections in March 2019.

Currently, 84,004,084 Nigerians are registered to vote, while INEC is targeting an additional 20 million voters in the recently launched voter registration.

However, there are fears that the INEC register is grossly inaccurate due to the failure of the commission to remove dead persons from it.

Our correspondent observed that a former governor of Bayelsa State, Diepreye Alamieyeseigha, who died on October 10, 2015 and had Voter Identification Number 90F5AF9CA1295190857, was still registered to vote at the Agbesi open space polling unit in the Southern Ijaw Local Government Area of the state.

A former governor of Kaduna State, Patrick Yakowa, who died in a helicopter crash on December 15, 2012, is still registered to vote at the UNG Madaki polling unit, while a former Minister of Information, Prof Dora Akunyili, who died of cancer on June 7, 2014, is also registered to vote at Agulu 2 polling unit in Anambra State. Akunyili’s VIN, 90F5B162BC295703414, is still valid on the register.

The immediate past Chief of Staff to the President, Abba Kyari, who died of COVID-19 complications on April 17, 2020, is still registered to vote at the Presidential Villa/Police Affairs Commission polling unit. His VIN, 90F5B797C296828047, shows that he is still eligible to vote.

A former Minister of Women Affairs, Aisha Alhassan, popularly known as Mama Taraba, who died in May, is also registered to vote at the Lamorde Primary School polling unit, Taraba State.

INEC and the National Population Commission had in 2018 signed a Memorandum of Understanding that would see the NPC providing information of dead voters to the electoral umpire.

However, a top source at the NPC told The PUNCH that the commission did not have enough funds to identify dead people.

He, however, explained that the commission was working with INEC, the Nigeria Immigration Service and the National Identity Management Commission to identify dead Nigerians and expunge them from the government database through a new digitisation scheme.

“INEC, the NIMC, Immigration and the Federal Ministry of Health are all involved in what we are planning and this issue of voter registration will be addressed.”

Also speaking with The PUNCH, INEC National Commissioner for Voter Education and Publicity, Festus Okoye, said he was aware of the development, adding that Nigeria did not have adequate data of dead people.

On why notable persons had not yet been removed from the register, Okoye said when the voter registration was suspended, INEC had planned to clean up the register, but the COVID-19 pandemic happened and the commission subsequently shifted its focus to expanding voting by creating more polling units.

He stated, “It is going to be a continuous process but our main attention is concluding the voter registration, which will take place for one year, and we will display the names of those who have been registered every quarter and then do some level of clean-up.

“It is a huge exercise, but the truth of the matter is that in this country, we don’t have reliable data on births and deaths, and when you don’t have such reliable data, this is what you have; but we will continue to appeal to Nigerians to come forward when the voter register is displayed to identify the names of dead people and those who are not supposed to be there.”