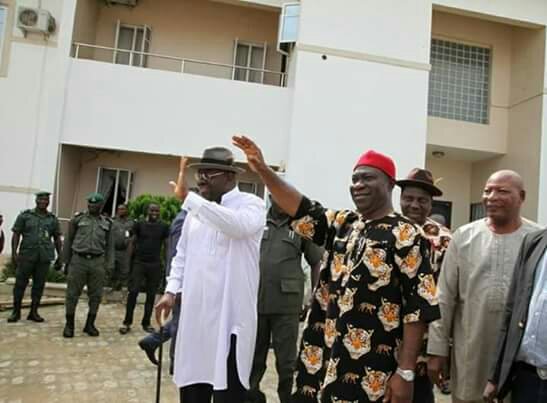 Deputy Senate President, Professor Ike Ekweremadu, on Wednesday, berated the Independent National Electoral Commission (INEC) for its decision to ban the use of smart phones at polling units, describing the move as unconstitutional and unacceptable.

Senator Ekweremadu made the comment while speaking to journalists during a condolence visit to the Bayelsa State Governor, Honourable Henry Seriake Dickson, at his country home in Toru-Orua community in Sagbama Local Government Area of the state on the demise of his 72-year-old mother, Mrs. Goldcoast Dickson.

The governor’s Special Adviser on Public Affairs, Mr. Daniel Alabrah, quoted Ekweremadu to have said the ban would go against provisions of the Nigerian Constitution, which gave room for freedom of communication, expression as well as freedom of the press, noting that Nigerians are free to express themselves through the media and free speech.

The Deputy Senate President explained that the National Assembly was again working on the Electoral Act to pave the way for the announcement of results of elections at polling booths, stating that the ban would hamper the free flow of communication, which is necessary to have a free, fair and credible election.

“Nigeria must take full advantage of technology as it could not afford to lag behind, especially in the bid to ensure citizens’ participation through recording of results and the electoral processes,” he said.

He stressed that the international observers would need their smart phones and other media devices to record and send back information to their home countries and therefore called on the electoral umpire to revisit the decision. 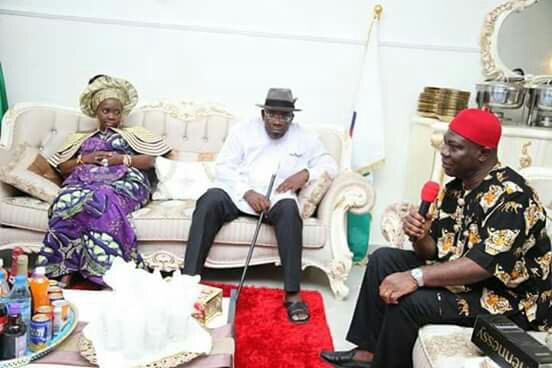 His words: “On the issue of INEC’s ban on smartphones at polling booths, that is completely unconstitutional because we have provisions in the Constitution that make room for freedom of communication, expression and even freedom of the Press. That is what this ban is trying to abridge.

“Nigerians are free to express themselves through the media and free speech. I believe that in this age of technology, we cannot be going backwards. So we need to take full advantage of the accomplishments of technology in our life.

“We are amending the Electoral Act to make provision for the announcement of results at polling booths and if our people are unable to communicate, it makes no sense at all. We are hoping that we can accomplish a free, fair and credible election by the use of technology.

“It is the use of technology that can help us relay to everybody the results of various elections at respective polling units. We need to ensure the people are able to use their smart phones to record results, election processes and send to everybody. The international community will be here to monitor our election. The only way they can have records they will transmit to their home countries is through the use of electronic gadgets. To say people should not come to the polling booths with their phones is completely unacceptable and I want to ask INEC to revisit that decision.”

Ekweremadu, who said he also brought a message of condolence from the President-General of Ohanaeze Ndigbo, Chief John Nnia Nwodo, on behalf of the Igbo nation, commended Governor Dickson for his exceptional developmental strides in Bayelsa.

He described the passing of Mrs. Goldcoast Dickson as shocking and painful but urged the governor to be consoled by the fact that his mother lived a fulfilled life and never lacked care from her children.

In his remarks, Governor Dickson thanked the Deputy Senate President for his thoughtfulness, brotherly concern and solidarity despite his busy schedule in the service of the nation.

Dickson, who pointed out that the Ijaw and Igbo have been very close from time immemorial, which is evident in the Igbo names his great grandfather, who traded with Igbo, gave his children due to the level of interactions, said within an hour on the River Forcados you are in Onitsha.

He said his mother died due to cancer and since her passing, his family had become crusaders against the scourge, which he noted is decimating not only Bayelsa or the Niger Delta but the entire country.

He solicited the support and collaboration of the Deputy Senate President on his establishment of a foundation that would run and fund a cancer centre in memory of his mother, adding that the centre would carry out free screening, detection and sensitisation to curb the menace.

Anambra Poll: INEC boss meets with CP, others over security