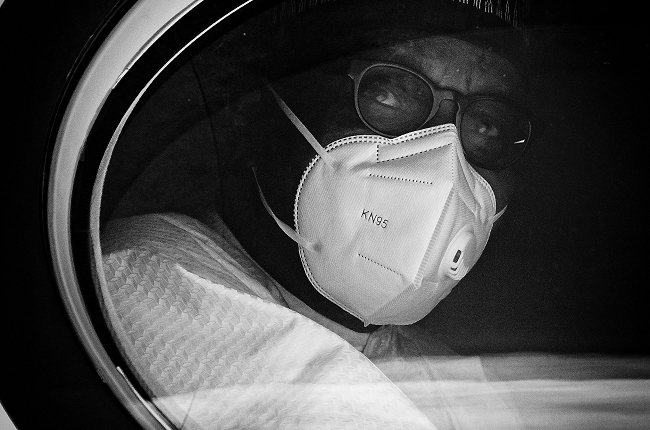 •PDP will forever be part of my life’s history —Obasanjo

THE national chairman of the Peoples Democratic Party (PDP), Iyorchia Ayu, has described the administration of President Muhammad Buhari administration as clueless and “piling eternal debts for this and future generations.”

Ayu also said Nigeria, as the most populous black nation in Africa, has lost its status as a result of bad leadership under Buhari.

The national chairman lamented the reversal by the Buhari administration, of the gains the country made under successive PDP administrations, especially between 1999 and 2007 when Chief Olusegun Obasanjo was president.

Ayu spoke shortly after his closed-door meeting with former president Obasanjo, at his penthouse residence within the Olusegun Obasanjo Presidential Library (OOPL), Abeokuta.

He said the country enjoyed quality leadership during the eight-year rule of the party and Obasanjo as the president.

“Today, this clueless All Progressives Congress (APC) and President Buhari have plunged Nigeria into eternal debt. The new debt overhang created by this wicked government is going to create massive problems for the coming generations,” he said.

Ayu emphasised that Nigeria currently falls short of the leadership it deserves owing to economic, political and security challenges plauging it.

He recalled that the country under PDP administrations from 1999 to 2007 witnessed tremendous achievements such as infrastructural development and establishment of various institutions that are still standing the test of time.

Ayu said, “We thank you for the service you rendered and the great work you have done in the PDP as the first president.

“Your period as president under the platform of PDP is seen as the golden era of the PDP because not only did you grow the economy to make the country the biggest economy in Africa, you were able to save Nigeria from slavery by negotiating and cancelling so much of our foreign debts that would have made it very difficult to run the country.

“By the time you left office, Nigeria was totally set free [of debts], foreign direct investment was on the increase on a daily basis. We were respected in international community and everywhere we went.

“I remember I accompanied you as your minister to a number of countries like Germany and India. I saw the respect they accorded you in India and I was very proud to be a Nigerian.

“This is on account of worsening insecurity and Buhari’s creation of a Nigeria regarded as the poverty capital of the world.

“Apart from infrastructural intervention which you did, you put in place most of the institutions and some of them like the EFCC and the ICPC and so on and so forth are useful today.”

He said Obasanjo’s passion for Nigeria was second to none, hence the reason why people would not stop coming to him to seek wisdom and advice from him, despite the fact that he had quit partisan politics.

“Over these years that you were in power, you saw every Nigerian as one family. You didn’t discriminate against the South, the East, the West or the North. Even though, in your first tenure, the South-West did not actually support you, you brought them back on board and they supported you in your second tenure,” Ayu said.

He assured that the new leadership of the party would restore the lost glory of the country.

Obasanjo earlier in his remarks said though he no longer belonged to any political party, he would always be interested in anything that affects the welfare of the people.

The former president said he would always be interested in anything that is good for Nigeria, and will also be there to give advice when necessary.

“I have been with the party right from inception. Whatever I did in my whole life before I became president on the platform of PDP, PDP will continue to be part of the history of my life.

“Having said that, the day that my ward decided to tear my PDP card was the day I ceased to be a member of PDP and that day I vowed that I will not be a member of any political party again.

“But, I will remain a statesman in Nigeria, West Africa, Africa and indeed in the world.

“If you ask me, I retired 14 years ago, and I will remain retired by the grace of God.

“If politics is the welfare of people, I must not retire from the welfare and well-being of people whether in my own community, state, country, anywhere in Africa or anywhere in the world. That is why I have the type of responsibility that I now have in all of Africa.

“Bear in mind, I am no longer in partisan politics and there is nothing that will bring me back to partisan politics. But I will always be interested in what is good for Nigeria and anybody who wants to have my advice, I will instinctively give it in the best interest of Nigeria and Africa,” he maintained.