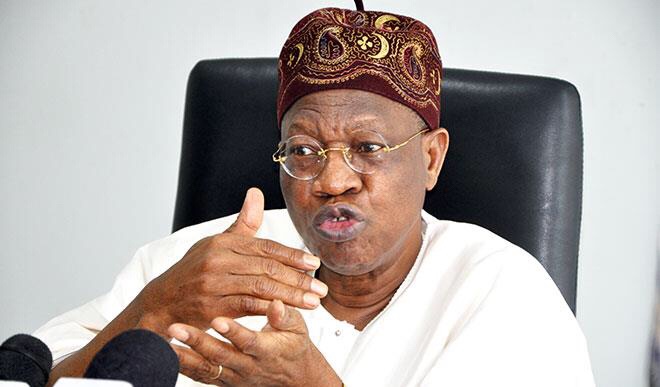 The Minister of Information and Culture, Lai Mohammed, on Wednesday said he was not aware of the court’s order compelling the National Assembly to begin impeachment process against President Muhammmadu Buhari.

The minister said this while fielding questions from State House reporters after the weekly cabinet meeting presided over by Buhari.

A Federal High Court sitting in Osogbo had earlier on Wednesday granted an order of mandamus to compel the legislature to begin impeachment process against Buhari based on alleged violations of the constitution.

Justice Maureen Onyetenu gave the exparte order sequel to a motion before her by the chairman of the Nigeria Bar Association, Ilesa branch, Kanmi Ajibola and a human rights activist, Suleiman Adeniyi.

The duo had written to the Senate and the House of Representatives to commence impeachment process against Buhari over the continuous killings and spending without legislature’s approval.

Asked to react to the court’s order, Lai Mohammed said he was just hearing about it from the reporters, adding that he would have to read it before commenting on it.

“I am just hearing from you. I will have to read it myself,” the minister said