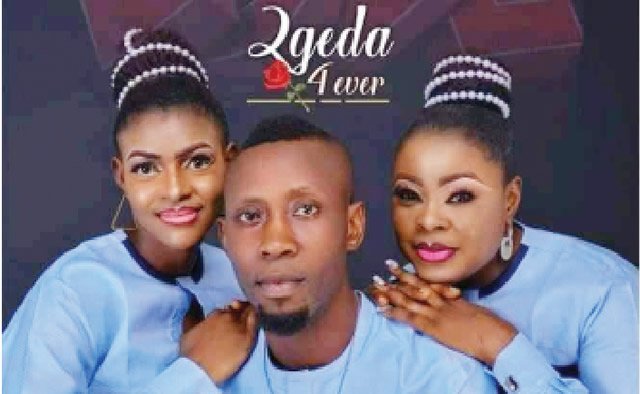 Ekpe Akpove, a 34-year-old farmer from Delta State, tells NAIJA LIVE TV reports why he took the bold step to marry two women on the same day against all odds

Can you introduce yourself?

My name is Ekpe Akpove. I hail from Igbide, in the Isoko South Local Government of Delta State.

How old are you?

What is your occupation?

I am a farmer. I am into fish farming.

How did you meet your wives?

I met my first wife in 2008 and I met the second one in 2010 and ever since I have been dating them. I love them both equally and that is why I have decided to get married to them. They both have three children each for me. So, I had to do the right thing and pay their bride price and be married to them legally. My firstborn is 11 years old; fortunately for me, my wives usually give birth within the same period.

While dating them, did you hide your affair from the other?

Yes, at the very beginning. When I started dating the other, I hid it from my first woman because no lady would find out that her partner was having an affair and not feel hurt about it. Eventually, she found out and I didn’t deny it. I told her the truth, and by then I had already rented an apartment for the second (wife) because I was already living together with my first wife, and I wanted to make sure I avoided clashes between them. When my first woman found out about my affair, there was nothing she could do, because she was already pregnant for me. All I had to do was apologise to her, and thank God she forgave me. That was how I was able to make them meet and know each other.

How did they react, when you told them your intention of getting married to them at the same time?

They were both happy. I am sure they would have expected it, after being with me for years and bearing children for me. It didn’t come as a shock to them when I said it, so I didn’t have to convince anyone. Even from our photoshoots, you can tell that they are both excited, if not they wouldn’t agree to take the pictures. For the wedding preparations, they have been doing it together, going to the market together and ensuring that the wedding is a success.

How do you handle them when they have misunderstandings?

Women will always be women. Thankfully, they don’t get into physical fights, and they usually have arguments which I believe is normal. As the man of the house, I always sort out their differences, and also I have friends who can talk to them and they listen.

Did you have objections from both families and your family?

No, there was no objection; everyone took it in good faith. They all supported me in my decision.

Did friends mock you about your decision?

Human beings will always talk, but the people I call my friends are happy for me. Amongst my friends now, I am the first person to have two wives, they all have one wife.

Why did it take long before you decided to pay their bride prices? Were you having doubts?

I am a Nigerian, and I believe everyone can testify to the hardship in the country. I am a man so I need to take care of my family; Financial constraints made me take my time in doing that. I do not have any assistance from anyone; I do all things by myself. I am still struggling.

How do you plan on taking care of them?

Before now, I had been taking care of them; I will continue the same way I have always been doing. They have been with me for a long time and none of them has ever complained; that means I am doing my best, if not, they would have left me.

Where will the marriage take place, since it involves two families?

The wedding will be taking place on Saturday. I would visit each of my wife’s family where the bride price of each of them will be paid and traditional ceremonies will be held at their respective homes. On Sunday, a reception will be held in my father’s compound.

What do your wives do for a living?

They have businesses that they do. My first wife is an auxilliary nurse, while the other is a beautician.

Are you the first son of your father?

I am the last born.

Is it a trend in your family to marry more than one wife?

No, it is not a trend; in fact, I am the first in my family to do that. My father married one wife and my elder brothers also have one wife each.

We noticed a trend in Delta State, where people marry two wives at the same time. Is it a tradition?

No, it is not a tradition. It is a choice.

Do you plan to marry more wives?

No, I do not plan to marry more than two wives.

As a Christian, doesn’t your religion condemn marrying more than one wife?

I will ask you a question: How many wives did Jacob have? He had two wives. Even Solomon, the wisest king in the Bible, had many wives. I have never seen anywhere in the Bible where it is written that it is a sin to have more than one wife. As long as you can take care of the children and the wives, that is what God wants. I am happy with my family.

After the wedding honeymoon comes. How are you going to handle two women on a wedding night?