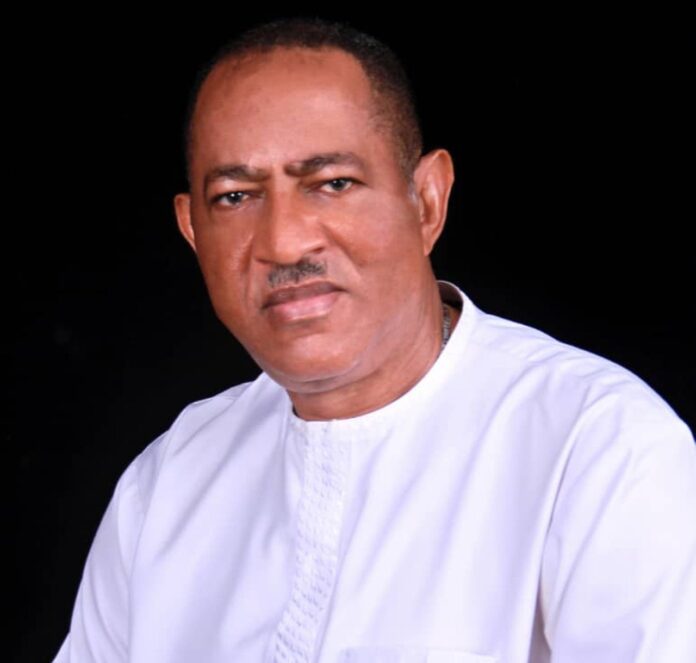 Rationalizing the modification, the minister, Ogbonnaya Onu, noted that the decision was basically to use “Science, Technology and Innovation (STI) to catalyse Nigeria’s economic growth and competitiveness”. He added that the ministry through its boosted research and development capacities, can now maximally drive the innovation agenda of the federal government towards sustainable economic growth and development, poverty alleviation and industrialization. According to him “it will lead us to R&D breakthroughs and inventions that are commercialisable. With the right policy and legal framework to protect intellectual property rights, we can effectively promote commercialization in all activity sectors in the value chain for supply of raw materials, goods and services”.

At that event where the policy was made public, uncontrollable tears rolled down my cheeks even to the embarrassment of my colleagues. Midway into the minister’s address, what quickly came to my mind was an encounter I had with a young cab driver that I engaged during my recent tour of the federal colleges of education in Eha-Amufu in Enugu State and Umunze in Anambra State respectively.

Propelled by the worrisome state of insecurity in the country with its peculiar dimension in the south-eastern part of the country, I insisted on verifying and possibly documenting the identities of everyone I would closely deal with in the course of the visit. After spending two days in the quiet city of Enugu, I became acquainted with this young cab operator. He was to take me to the scheduled destinations and drop me off at my point of departure upon the conclusion of my assignment. He was a wonderful chap.

I am still heartbroken writing this piece because he is no more. On the day I called to inform him of my concluded plan to help him relocate to Kaduna State where I work as I had promised and also to introduce him to a colleague of mine who would be undertaking a similar trip to Alvan Ikoku College of Education, Owerri, in Imo State, I had the rudest shock of my life. The young Chinedu was laid to rest the previous week. He was a victim of bandits’ attack.

At the hall where the ministerial renaming took place, I vividly recalled with an overdose of melancholy, the words of the poor-but-ambitious Chinedu, pouring out his hearts to me as we drove through the hinterlands on our way to Eha-Amufu. He was not only brilliant, but he was also intelligent and very attentive to details. He was friendly and willing to learn and do more. When asked why he was not in school, his polite response was, “I am waiting for the right time”. He was very passionate about a technologically advanced Nigerian society. He was not in any way limited mentally by his circumstance. He was endowed with a sufficient magnitude of resilient spirit and a sense of patriotism. Indeed, Nigeria has lost a gem in him.

He had dreamt of becoming a leading innovator alongside his other peers. He was full of hopes. His family keyed into that aspiration. But quite sadly and unknown to him, his hopes were to be dashed. Quite instructively, it was not just because of his untimely death. The government killed his ambition before his eventual death. After his secondary education, he opted to wait for the “right time” to go for tertiary education. He had made up his mind on what to become and how he could help move Nigeria forward. He was even altruistic to have engaged in menial jobs to contribute to seeing his siblings through and equally save for the rainy day. He enthusiastically hoped and waited for the “right time” that never came.

By his pathetic narration, he registered and sat for the West African Examination Council, WAEC, courtesy of Senator Gilbert Nnaji. The school he attended had modern information and communication, ICT, laboratory. Very close to his village, there was a community ICT centre. Within driving distances of 20 and 30 minutes respectively there were the south-east campus of the proposed first African ICT University and the second-best e-library, east of the Niger. His school and village were not the only ones that had those facilities that were reportedly attracted by the same Gilbert Nnaji. Chinedu desired to attend the university. But by the strange twist of fate, he passed on waiting for the “right time”.

At the dawn of Muhammadu Buhari’s administration and intending to transform the economy digitally, the government had concluded that the country required a university to support the human capacity requirement. Towards this dimension in 2017, the then minister for communications, Adebayo Shittu, announced that the ministry would transform the Digital Bridge Institute (DBI), the training arm of the Nigerian Communications Commission (NCC), into a full-fledged university. In his words, “I am happy to say that we already have what is called the DBI, which is for short-term training programme in six locations across the country, which includes Abuja, Lagos, Enugu, Kano, Asaba and Yola. We hope to transform this institute into the ICT University of Nigeria.” Acknowledging that ICT had continued to facilitate national economic growth, he added that “it has become very paramount that we sustain the growth and one way to do that is to establish an ICT university to create capacities”.

Records showed that among others, “the objectives of the institution include, promoting the development of massive human resource capacity in the ICT sector of the economy; train personnel in ICT, innovation and related sectors; establish training and research facilities with modern infrastructure and technology”.

Upon further enquiries, Gilbert Nnaji was quoted as revealing that he “felt the need to offer my constituents and Nigerians at large, access to technology education in order to improve their lives and national economy. When I was appointed as the chairman of senate committee on communications, I saw a challenge to give back to the society by creating opportunities that could make my people become economically viable”.

Those were what inspired the poor Chinedu to forgo an opportunity of attending a conventional university, despite being qualified and eligible. He hoped to realize his potentials through the ICT university. But government and quite painfully, the society he had hoped to contribute in advancing, failed him. There are possibilities that there are more living Chinedus scattered across the country. They are patiently waiting for the “right time” when technology and innovation would drive the economy for productivity and poverty reduction.

May the memory of Chinedu and many others who passed away unfulfilled move the government into positive actions. May this change in name bring about the firm resolve and policy direction for the actualization of Nigeria’s innovation agenda. And importantly, may the fore-sightedness of leaders like Gilbert Nnaji be encouraged by ensuring that those facilities are revived and sustained to enable them to achieve intended goals and objectives.

Elekwachi is a research scholar at NTI Kaduna–
Reach him at nonly4u@yahoo.com