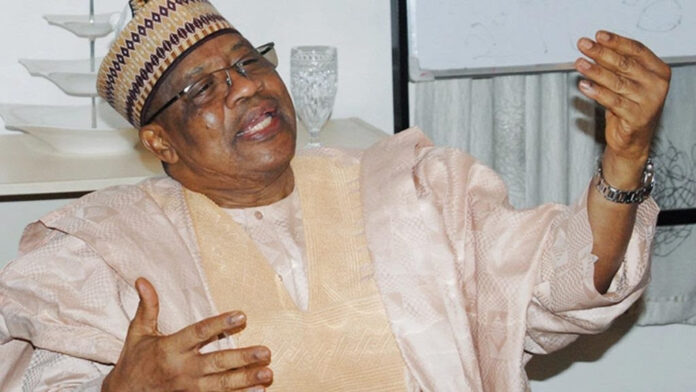 Former Military President, Ibrahim Badamasi Babangida (IBB) has explained why he didn’t remarry after the death of his wife, Hajiya Maryam Babangida.

Maryam, who was Nigeria’s First Lady between 1985 and 1993, died at the University of California’s Jonsson Comprehensive Cancer Centre (JCCC) in Los Angeles, United States on December 27, 2009, at the age of 61, after battling ovarian cancer for years.

12 years after her death, the former military president in an interview with Trust TV, explained why he is yet to remarry.

When asked if he has remarried as claimed by some news platforms, IBB said “No” and also disclosed that he decided to honour his late wife “by being not a bachelor but being unmarried”.

“The media still snoop around me, they should have known. I haven’t. It is a matter of choice; I decided to honour her by being not a bachelor but being unmarried.”